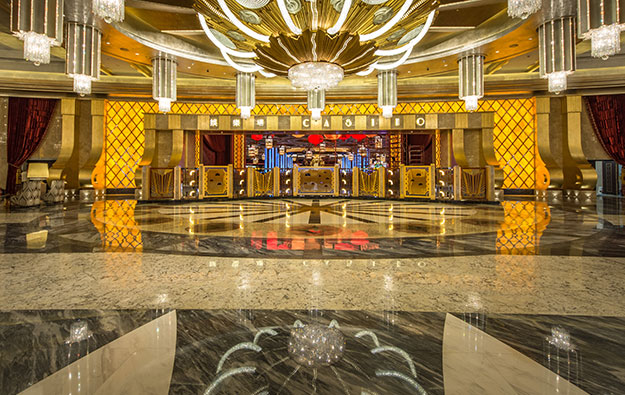 Asian casino investor and operator Melco Resorts and Entertainment Ltd says it has committed the firm to a step-by-step plan – taking place over a number of years – for “eliminating unnecessary plastic packaging and reducing single-use plastics”.

The group claimed to be the first operator of large-scale casino resorts to be a signatory to the “New Plastics Economy Global Commitment”, an initiative led by the United Kingdom-registered charity the Ellen MacArthur Foundation in collaboration with United Nations Environment Programme; the latter an initiative known as UN Environment.

Melco Resorts said that under the agreement, it was committed to removing all single-use plastic bottles “at all employee areas” by the end of this year. It also planned by the end of 2020 to have a “concrete roadmap” for a ban in “guest areas” of single-use materials including “amenity kits, garbage bags, plastic bottles, straws, disposable food and beverage containers and utensils”.

The firm added: “By mid-2019, Melco will complete the process of identifying non-reusable, recyclable, or compostable packaging, and further develop an execution plan to address each of these by 2025.”

The company quoted Lawrence Ho Yau Lung, its chairman and chief executive, as welcoming the group’s commitment to the protocol.

“As a leading integrated resort operator and responsible corporate citizen, it is our duty to take concrete action by helping resolve some of the key environmental threats facing communities around us, in Macau and beyond,” Mr Ho was cited as saying. The group also operates the City of Dreams Manila casino resort in the capital of the Philippines.

Ellen MacArthur is a retired British sailor who in 2005 set a then-world record for the fastest solo circumnavigation of the globe in a yacht. Single-use plastics have been identified by environmental scientists as a particular threat to marine life and ecology as they can end up in rivers and oceans due either to dumping or rainwater run-off.

Thursday’s press release from Melco Resorts suggested that plastics weighing in aggregate 8 million tonnes were entering the world’s oceans each year. It did not attribute the source of that information.

In September MGM China Holdings Ltd, one of Melco Resorts’ Macau market rivals, said that from the first quarter this year it was banning all single-use plastics from all restaurants at MGM China venues.

Singapore has the potential to be a “top choice” for Chinese outbound travellers, once the country reopens and eases travel restrictions associated with the Covid-19 pandemic, suggested... END_OF_DOCUMENT_TOKEN_TO_BE_REPLACED