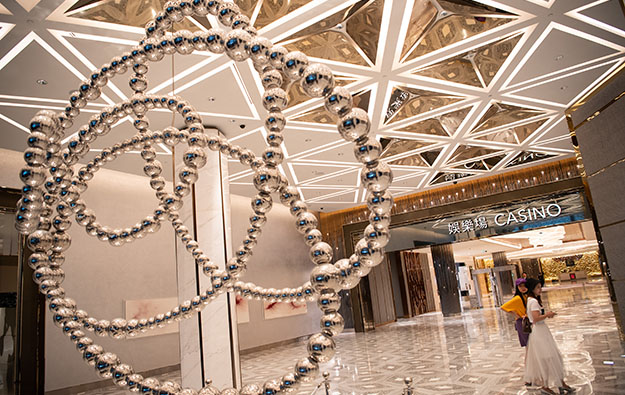 The press release said the system would eventually have the capacity to generate nearly 7.7 million kilowatt-hours of electricity a year – the amount 1,500 average households would consume in a year. Using solar power would reduce carbon dioxide emissions into the environment by more than 6,000 tonnes per year – an amount that it would otherwise take 260,000 trees a year to absorb, claimed Melco Resorts.

The announcement quoted Man Io Energy director of business development Sam Liu as saying: “The vast scale of the system has never before been seen in Macau.” Melco Resorts stated the arrangement showed its support for the development of small- and medium-sized enterprises in Macau, and its focus on sustainability. The company claimed it was the first Macau operator to install “on-site renewable energy technology” in one of its casino resorts.

The Macau government announced on Thursday the cancellation of a plan for a nucleic acid test requirement every 48 hours for casino workers as a condition of their entry into the workplace, a... END_OF_DOCUMENT_TOKEN_TO_BE_REPLACED