Melco Resorts to be Macau share gainer in 2H: Nomura 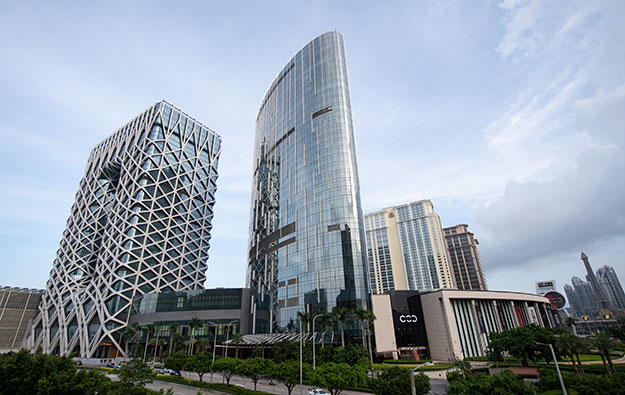 Asian casino developer and operator Melco Resorts and Entertainment Ltd is likely to be “a share gainer” in Macau in the second half of 2018, said a note from Japanese brokerage Nomura on Wednesday. The research house said it expects Melco Resorts’ performance to improve supported by the ramp up of the recently-opened Morpheus hotel tower at City of Dreams Macau.

Melco Resorts – which operates casinos in Macau and Manila – reported on Tuesday that adjusted property earnings before interest, taxation, depreciation and amortisation (EBITDA) rose by 8 percent year-on-year to US$355.5 million in the second quarter 2018. The improved result was despite a low hold rate in the mass segment and low VIP win rates at City of Dreams Macau (pictured) and Studio City.

Melco Resorts management attributed the lower-than-expected performance in the mass segment partly to construction disruption prior to the Morpheus opening. The US$1.1-billion hotel tower opened on June 15, and its construction included extensive renovation on the mass gaming floor of City of Dreams.

“We expect Melco Resorts to be a share gainer in the second half 2018 given: [circa] 200 additional rooms at Morpheus that have yet to come online and should be occupied in third quarter 2018, and improving July trends at City of Dreams, where mass volume growth is accelerating,” said the Nomura team.

On a conference call with investment analysts on Tuesday, Lawrence Ho Yau Lung, chairman and chief executive of Melco Resorts, said Morpheus had been “the anchor of the re-launch of City of Dreams”.

“During the second quarter we really suffered through … we had significant construction disruption on the main mass gaming floor in order to make Morpheus connect with the rest of the property,” explained the executive.

David Sisk, president of City of Dreams Macau, said on the same call that the company had always planned to open Morpheus “in stages”. “We will be at a full complement, which is 772 [rooms] approximately at the end of July,” he added.

Nomura said in its Wednesday note that based on its analysis, Melco Resorts’ free cash flow should approach approximately US$1 billion by 2019, “once Morpheus begins to ramp capital expenditure”.

Some Macau casinos visited by GGRAsia on Thursday, actually had tables that were closed, notwithstanding strong consumer demand during Chinese New Year (CNY). The reasons for some tables being... END_OF_DOCUMENT_TOKEN_TO_BE_REPLACED