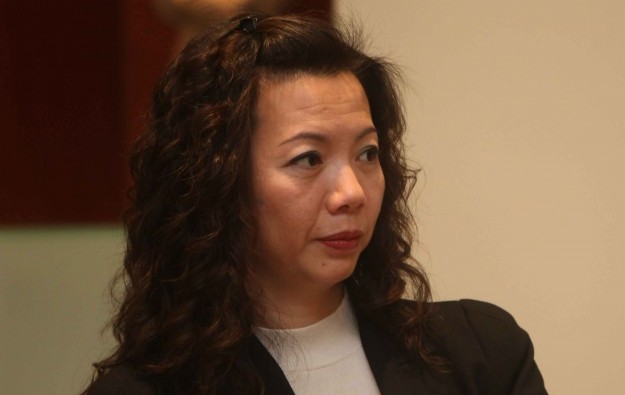 With the company for almost 10 years, Ms Leong “has played an important role in firmly establishing and enhancing Sands China’s credibility and image within the local community as well as in the international market,” the firm said in a statement on Monday.

It added: “The promotion of Ms Leong is in line with Sands China’s focus on developing local talent, as the company continues to advance and further develop its operations.”

The announcement follows the appointment of Lionel Leong Vai Tac, Ms Leong’s brother, as Macau’s next Secretary for Economy and Finance, the official overseeing the city’s casino industry.

“It has always been one of the company’s goals to develop our team members and provide them with opportunities to further excel in their careers,” Sands China president and chief executive Edward Tracy said in Monday’s statement.

“Melina’s performance in public relations and community affairs has been outstanding and, being one of our long-serving locals, the company would like her to advance further and take up new challenges,” Mr Tracy added. “We are confident that she will lead the Cotai Water Jet team in taking this important business unit of the company to the next level.”

The Macau government announced on Thursday the cancellation of a plan for a nucleic acid test certificate requirement with 48 hour validity, for casino staff, casino customers and official visitors... END_OF_DOCUMENT_TOKEN_TO_BE_REPLACED