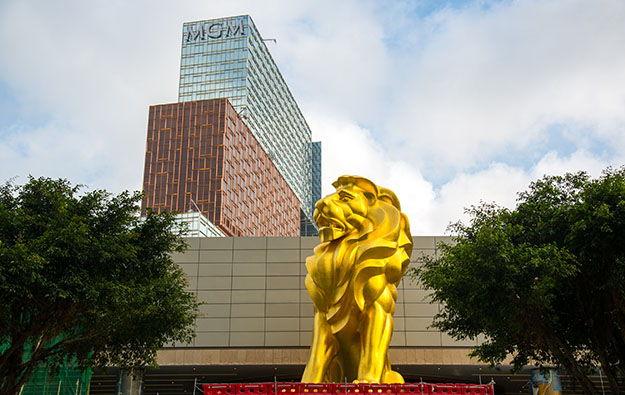 The parent of Macau casino operator MGM China Holdings Ltd announced “preliminary” first-quarter results on Thursday. The full results for the three months to March 31 are due to be filed on April 30.

United States-based MGM Resorts International used the pre-announcement in support of a US$750-million offer of 6.75-percent senior notes due in 2025.

The parent estimated the Macau unit’s first-quarter net revenues were just under US$271.9 million, down 63 percent from the prior-year quarter number of US$734.2 million.

The Macau unit, which runs MGM Macau on the city’s peninsula and MGM Cotai (pictured) in the Cotai casino district, is expected to have a nearly US$22.0-million quarterly loss in adjusted earnings before interest, taxation, depreciation, amortisation, and restructuring or rent costs (EBITDAR), compared to a positive US$192.8 million in the prior-year period.

The result comes against the background of the Covid-19 pandemic that has seen shutdowns or severe decline in casino business across the world.

Macau casinos were shuttered for two weeks in February to halt the spread of the novel coronavirus. Since reopening they have stayed in continuous operation, but with few customers, coinciding with restrictions on cross-border movement including in and out of mainland China, a key market for drawing customers to Macau casinos.

The parent said in its Thursday announcement that as of March 31, MGM China’s cash and cash equivalents amounted to US$381 million. The unit’s principal debt outstanding was US$2.3 billion. As of the same date, US$826 million had been drawn on MGM China’s US$1.25-billion revolving credit facility.

In its Thursday statement, MGM Resorts said that the group’s Macau properties were incurring cash operating expenses – exclusive of rent, interest, variable gaming taxes, corporate expense and expected capital expenditures – of approximately US$1.5 million per day. The group said that was “significantly in excess of amounts being earned at those properties”.

It added: “While the properties have re-opened, several travel and entry restrictions in Macau, Hong Kong and certain cities and regions in mainland China remain in place … significantly impacting visitation to our Macau properties, which continue to have a material impact on MGM China’s results of operations.”

In an April 16 report, brokerage Sanford C. Bernstein Ltd said that as of that date, MGM China had enough cash and credit available to last for up to 15 months of effective “shutdown” of the local gaming market amid the Covid-19 pandemic.

The MGM Resorts parent said on Thursday that it had agreed with lenders to undergo a monthly “liquidity test” requiring it to maintain “not less than US$600 million” including in unrestricted cash, cash equivalents and money available under a revolving credit facility.

The parent recorded consolidated net revenue of US$2.3 billion, a 29 percent decrease from the prior-year quarter. Consolidated adjusted EBITDAR decreased 61 percent year-on-year, to US$295 million in the first quarter 2020.

Net income attributable to MGM Resorts has reached US$807 million in the first three months this year, compared with US$31 million in the prior-year quarter. Such increase was primarily driven by a US$1.5 billion net gain related to the MGM Grand Las Vegas/Mandalay Bay real estate transaction, said the firm.