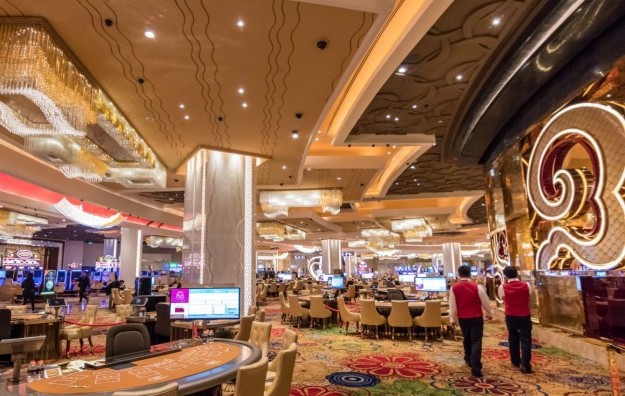 Macau casino operator MGM China Holdings Ltd saw its adjusted property earnings before interest, taxation, depreciation and amortisation (EBITDA) for the second quarter of 2022 turn negative to the tune of HKD382.4 million (US$48.7 million). That compared to positive EBITDA of HKD116.0 million one year earlier, and of HKD45.7 million in the first quarter of 2022.

The information was disclosed by MGM China in a filing to the Hong Kong Stock Exchange on Thursday morning. Its parent, United States-based MGM Resorts International, had issued its own set of second quarter results overnight.

MGM China reported revenue of HKD1.12 billion for second-quarter 2022, down by 53.5 percent year-on-year. The operator’s revenue declined by 46.4 percent sequentially.

JP Morgan Securities (Asia Pacific) Ltd said in a note, issued after the MGM group announced its results, that “despite better-than-feared EBITDA, there was very little to read from MGM China’s second-quarter results given the mobility curbs and recent Covid-19 resurgence.”

In a press release issued alongside the results, MGM China said it had seen customer demand pick up during the Chinese New Year holiday period in early February. “However, the Covid-19 resurgence first in mainland China started at end-March, followed by [a] local outbreak in Macau at end-June, [and] led to safeguard measures as well as enhanced travel and border controls that severely constrained Macau visitation.”

The June performance of Macau’s casino sector was hurt by the start of a local community Covid-19 outbreak, which began on June 18 and continued into the following month, and coincided with tightened travel restrictions from and into mainland China, Macau’s key source market for tourists.

“MGM will continue to unswervingly support the Macau government to promote economic diversification, helping Macau further consolidate its position as a ‘world center of tourism and leisure’ as well as scale new heights for its economic development,” he was quoted as saying.

The fresh public tender for Macau gaming rights is accepting bids until September 14, 2022. MGM China had already announced late last month it planned to participate in the tender.

As of June 30, MGM China had total liquidity of approximately HKD10.7 billion, said the company. That compared with HKD13.7 billion a year earlier.

Parent MGM Resorts recorded consolidated net revenue of US$3.26 billion in the second quarter of 2022, a 44.0 percent increase from the prior-year quarter. The U.S.-based operator reported net income of US$ 1.78 billion, compared to US$104.8 million in the first three months this year.

MGM Resorts stated it had achieved in the second quarter of 2022 record earnings for its Las Vegas Strip properties, with adjusted EBITDA before restructuring or rent costs to the tune of US$825.3 million, compared to US$396.8 million in the prior year quarter.

Macau casino operator MGM China Holdings Ltd had a “record” market share in January, and its venues were the “highest-earning businesses” in the portfolio of the majority owner MGM Resorts... END_OF_DOCUMENT_TOKEN_TO_BE_REPLACED