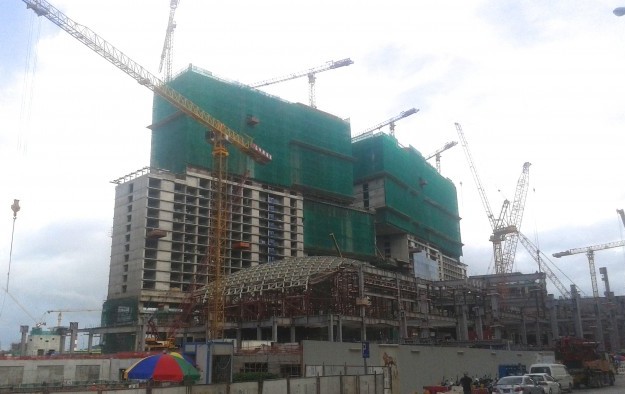 Macau casino operator MGM China Holdings Ltd confirmed on Wednesday that it had agreed with existing lenders an amendment and expansion of its credit facilities – to HKD23.4 billion (US$3.02 billion) – and an 18-month extension on the maturity of them.

Grant Bowie, chief executive of MGM China, said in a statement on Wednesday that the facility was for “general corporate purposes and will provide our company the financial flexibility to continue to invest in MGM Macau, MGM Cotai and Greater China region.”

The first two references were respectively to the firm’s existing casino resort on Macau peninsula, and to its under construction MGM Cotai property (pictured).

The language used to describe the timetable for completion of MGM Cotai has been modified several times in the past year. In August, MGM China shifted from an “early 2016” opening, to “in 2016”. Then in October, U.S.-based casino company MGM Resorts International – MGM China’s 51-percent owner – referred to a “fall 2016” opening. The budget for the project has been described as US$2.9 billion, excluding land costs and capitalised interest.

In addition to the existing HKD11.31 billion equivalent revolving credit facility, the group has expanded the total credit facilities from HKD15.6 billion to HKD23.4 billion and extended the final maturity date of those facilities to April 29, 2019.

The group’s Macau-incorporated unit MGM Grand Paradise SA was also a party to the new arrangements, the firm said.