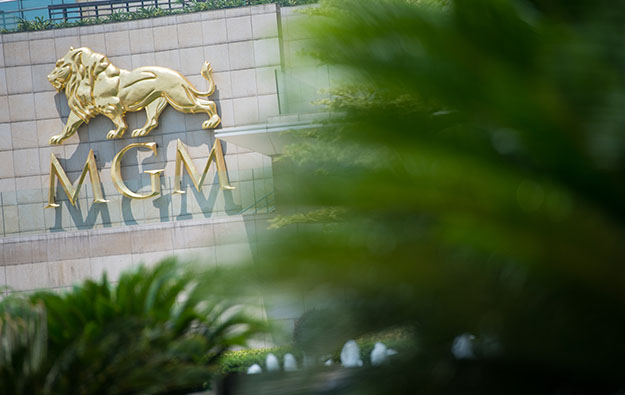 Macau casino operator MGM China Holdings Ltd has launched what it calls a “relief programme” to help support local small- and medium-sized enterprises (SMEs) in the aftermath of Typhoon Hato. The goal is “to provide continuous support and reduce operating pressure” for those businesses negatively affected by the storm.

“Immediately after the typhoon, MGM China recognised that its SME vendors have been adversely affected” by the typhoon, the firm said in a Wednesday press release. The document added that the company conducted a post-typhoon survey covering more than 220 of its SME vendors, to help assess the impact of the storm in their respective operations.

“Through our survey, we understand that over 60 percent of our SME vendors have suffered losses in this typhoon,” said Grant Bowie, chief executive of MGM China, in a statement included in the release.

He added: “Through the SME relief programme, we are able to provide immediate assistance to our vendors, and continue in assisting them in the long-run of a sustainable recovery.”

Initiatives under the programme include: “expedited payment processing and upfront payment to alleviate cash flow needs”, logistics support and “assistance with minor to major damage”.

A rough government estimate disclosed on Wednesday suggested the city’s economic losses from the storm – as measured so far – amounted to MOP11.47 billion (US$1.43 billion). It was not disclosed what portion of that might have been borne by the city’s casino sector.

The government said the preliminary figure did not include the potential losses of firms that had to suspend business operations due to typhoon damage. A number of casino resorts had disruption to their operations on the day of the storm and for several days afterwards. Two typhoon-affected casino hotel properties were still closed as of Tuesday this week. Only on September 2 was tour business involving groups from mainland China restarted.

Mr Bowie told GGRAsia earlier this week that the firm’s MGM Cotai, a new HKD26-billion (US$3.32-billion) casino resort under development in Macau, should be able to meet its promoter’s fourth-quarter deadline for opening, despite the disruption wrought on the city by Typhoon Hato.

Cash donations totalling MOP215 million had been pledged by Macau casino companies as of Friday for relief efforts to deal with the effects of Typhoon Hato. The amount included MOP30 million donated by MGM China, parent MGM Resorts International and a major shareholder in MGM China, Pansy Ho Chiu King. The six casino firms had also mobilised staff to work as volunteers in community clean up.