MGM China net revenue down, EBITDA up in 3Q 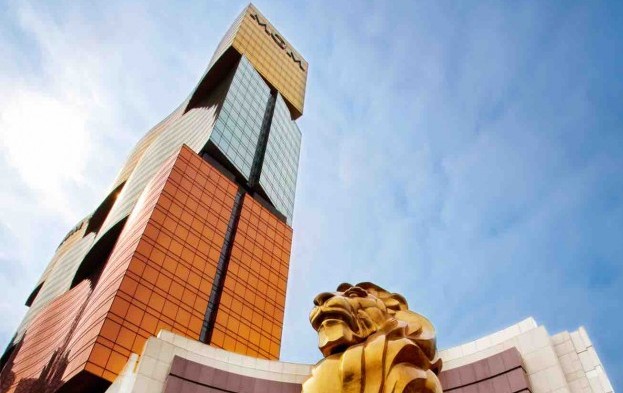 As a Hong Kong-listed firm, MGM China normally reports its earnings under international financial reporting standards (IFRS). But the U.S. GAAP numbers are quoted by MGM China as part of the consolidated earnings of its parent, the Las Vegas-based MGM Resorts International. MGM Resorts in September closed the acquisition of 188.1 million shares in subsidiary MGM China from minority shareholder Pansy Ho Chiu King, increasing its stake to approximately 56 percent.

The parent MGM Resorts reported third-quarter net revenue up 16 percent year-on-year, to US$1.9 billion on a U.S. GAAP basis.

In MGM China’s three months trading ending September 30, operating income, and adjusted earnings before interest, taxation, depreciation and amortisation (EBITDA) increased 34 percent and 17 percent year-on-year, respectively, which the firm said was “partially due to its focus on high-quality main-floor business”.

MGM China currently operates only one property in Macau – MGM Macau on the city’s peninsula – but is building a second one – MGM Cotai – in the new casino zone of Cotai. The parent said on its second-quarter earnings call in August that the opening of MGM Cotai had been delayed to the second quarter of 2017.

Morgan Stanley said MGM China had held its own in the Macau market in the third quarter, despite being one of only two firms – among Macau’s six casino operators – not to have a Cotai presence.

Grant Bowie, chief executive of MGM China, said during the parent’s third-quarter earnings call that MGM Macau had hardly been affected by the new Cotai openings.

“In terms… specifically on the peninsula, the impact from these openings has almost been non-existent. Historically, there was for the first openings in Cotai, a short-term effect, [lasting] probably six to eight weeks. This occasion, it hasn’t [happened] and I guess it’s worth, again, to remind ourselves that the peninsula is incredibly resilient,” said Mr Bowie.

Adjusted EBITDA on the same basis increased 17 percent to US$150 million, compared to US$128 million in the prior-year quarter, including US$9 million of licence fee expense in the current and prior year quarter.

“EBITDA margin rose to approximately 29 percent (adjusted for one-off), from 27 percent in 2015 or 28 percent in first half 2016, thanks to ongoing mix improvement and solid cost control,” said analyst DS Kim of JP Morgan Securities (Asia) Ltd.

In April, MGM Resorts announced that it had completed the necessary transactions to establish a subsidiary, MGM Growth Properties LLC, as a publicly traded real estate investment trust (REIT). MGM China’s venues are not part of the REIT.

On Monday, MGM Resorts said it made rent payments to MGM Growth Properties in the amount of US$154 million during the third quarter. The quarter was highlighted by the acquisition of the real estate assets of the Borgata from MGM Resorts – a deal completed in August and which added US$100 million in annual rental revenue.

Casino equipment supplier Sega Sammy Creation Inc said in a Friday release it was debuting its Genesis Crest 43J cabinet in Asia. The product will be available at an in-person trade show, G2E Asia:... END_OF_DOCUMENT_TOKEN_TO_BE_REPLACED