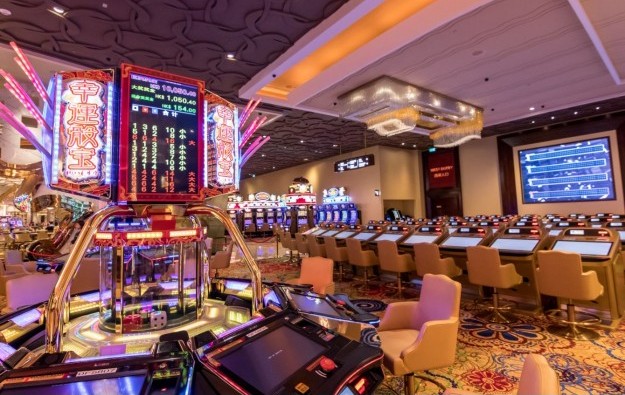 “While the gross gaming revenue (GGR) of Macau gaming market grew approximately 21 percent year on year to HKD74 billion in the first quarter this year, MGM China saw its casino win up by approximately 24 percent,” the Hong Kong-listed firm stated in a press release issued on Thursday.

MGM China’s adjusted earnings before interest, taxation, depreciation and amortisation (EBITDA) was up by 4.2 percent from a year earlier to approximately HK$1.28 billion.

He added: “Number one, MGM Macau has experienced almost no cannibalisation, and that proves the ‘stickiness’ of that particular property and, in fact, of the peninsula customer and the loyalty of that customer. Secondly, it’s clear that though we’re going to have a ramp up at MGM Cotai as others have had in that market, because particularly we don’t have the VIP operations coming online until later this year, our mass volumes and our production levels are running better than we had expected.”

Mr Murren’s comments were made during a conference call with investment analysts following the first quarter results announcement by MGM Resorts, also on Thursday.

In comments during the same conference call, MGM China’s chief executive Grant Bowie stated that the firm expected the opening of the first junket rooms at MGM Cotai to take place between August and September, prior to October’s “Golden Week”. That was a reference to a peak period for the Macau casino market, connected to a weeklong break in mainland China associated with the country’s national day on October 1.

During the call, Mr Murren also talked about MGM Resorts’ interest in Japan, as local authorities move to establish a casino industry in that country. He noted that Japan’s governing parties were expected to submit the IR Implementation Bill – an essential piece of legislation to move forward the opening of casinos in the country – to the parliament today (Friday).

“It’s incredibly important to mention the progress going on in Japan by the government,” Mr Murren commented. “MGM [Resorts] has been very committed to this market. We believe that we are a frontrunner to participate in an integrated resort should that the be ultimately approved by the Diet.”

Commenting on MGM China’s first quarter results, investment bank Morgan Stanley said property EBITDA “was slightly higher than our and consensus estimate of HKD1.25 billion”. But analysts Praveen Choudhary, Jeremy An and Thomas Allen noted that the “new timeline for the opening of junket rooms” at MGM Cotai was “later than previously anticipated”.

In a note issued on Friday, Brokerage Sanford C. Bernstein Ltd said MGM Cotai’s ramp up in the first quarter “was slow, as expected”.

The brokerage estimated that with the inclusion of MGM Cotai for part of the first quarter of 2018, MGM China gained quarter-on-quarter GGR market share of approximately 40 basis points. “Without Cotai, MGM China would have seen market share loss,” they noted.

MGM China stated in its Thursday release it had recorded main floor table games win of HKD2.59 billion, an increase of approximately 20 percent from a year ago. MGM China’s VIP table win was up approximately 26.2 percent in year-on-year terms, to HKD2.62 billion.

At the parent level, MGM Resorts said net revenues decreased by about 1 percent over the prior-year quarter at the company’s U.S resorts to US$2.1 billion. Net income stood at US$223 million, including a non-cash income tax benefit of US$94 million, compared to US$206 million in the prior year quarter.

MGM Resorts also announced that CityCenter Holdings LLC – a venture between the firm and Infinity World Development Corp – was to sell the Mandarin Oriental Las Vegas property and adjacent retail parcels for approximately US$214 million in cash.

South Korea on Thursday said it would from June 1 resume issuing short-term tourism visas for trips to the country’s mainland, for individual visitors and groups of tourists. Permits for... END_OF_DOCUMENT_TOKEN_TO_BE_REPLACED