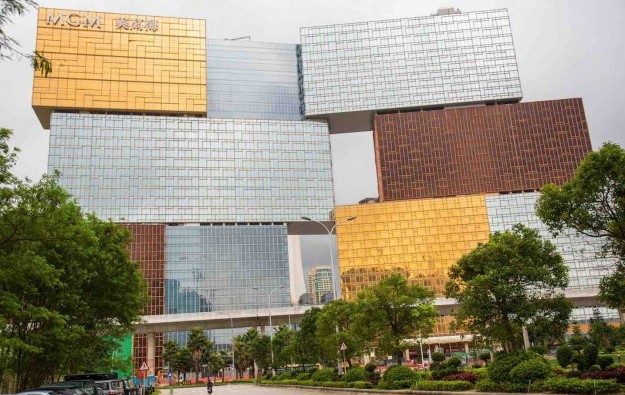 Adjusted earnings before interest, taxation, depreciation and amortisation (EBITDA) for the April to June period fell by 1.5 percent to nearly HKD1.02 billion, compared to HKD1.03 billion a year earlier.

A filing from U.S.-based parent MGM Resorts International on Thursday stated that key second-quarter numbers for MGM China under U.S. generally accepted accounting principles (U.S. GAAP) and measured in U.S. dollars included operating income of US$43 million, compared to US$51 million in the prior-year quarter.

According to the parent company, MGM China’s second-quarter operating margin was 9.6 percent, and adjusted EBITDA margin was 25.9 percent, compared to 26.4 percent for the prior-year quarter.

Table games turnover in VIP operations was HKD66.81 billion, up 3.0 percent in year-on-year terms, but table games win in the segment declined 2.1 percent to HKD1.96 billion. MGM Macau recorded an average VIP table games win percentage of 2.9 percent, down from 3.1 percent in the prior-year quarter.

The second-quarter results for MGM China contrast with a rebound seen in the overall market. Casino gross gaming revenue (GGR) in Macau’s VIP segment rose 34.8 percent year-on-year in the three months to June 30, according to data released earlier this month by the local regulator, the Gaming Inspection and Coordination Bureau. Mass-market GGR including slots rose 8.1 percent year-on-year during the period.

During a conference call with analysts following the results announcement, MGM China’s chief executive Grant Bowie said the firm was seeing “some margins slightly depressed” particularly in the premium end of the business.

“But overall we’re starting to see growth in the mid-business range, but some of this [margin decline] … is [because of the process of] preparing ourselves … for Cotai coming on stream,” said Mr Bowie.

Investment bank Morgan Stanley said in a note on Thursday that it was surprised that MGM China’s mass-market share declined “by 100 to 120 basis points quarter-on-quarter and year-on-year to [about] 6.8 percent in the second quarter of 2017”.

MGM China confirmed on Thursday that its under-construction HKD26-billion MGM Cotai (pictured) is on track for a fourth quarter opening.

On the conference call, the MGM China CEO said the company was seeing “some constraints” in terms of room inventory. “Getting [MGM] Cotai on stream for us is really important in terms of building our capacity and our ability to drive more volume,” he added.

Mr Bowie said the firm would prefer to open MGM Cotai with everything ready, but did not rule out the idea of a partial opening for the property.

“We’ve been clear right from the outset that we understand that the Cotai market is very different from the Macau market,” said the executive. “We’re very focused on bringing in additional resources, people with specific experience in the Cotai market, and also making sure we build strong relationships with the tour and travel marketplace in China about moving premium leisure travel market specifically,” he noted.

Mr Bowie said the company expects to start in September roadshows in mainland China to promote the new property.

During Thursday’s conference call, James Murren, chairman and CEO of MGM Resorts, said the Macau unit was yet to apply to the city’s gaming regulator for new-to-market live-dealer gaming tables for MGM Cotai.

“We’ve not made our submission yet in terms of [gaming] tables. That is something you do towards the end of the process,” noted the executive.

“We have focused a lot – and you can see it on in our investor deck – on the non-gaming components to Cotai … All that plays into the [Macau] government’s decision around table allocation,” said Mr Murren, adding that the company will decide how to move existing tables around based on the number of new gaming tables it receives for the new property.

In its Friday note, the Sanford Bernstein analysts said they “remain concerned” about MGM China’s “ability to fully defend its position over the next few quarters until the opening of MGM Cotai in the fourth quarter along with a slow potential ramp up” of the property.

MGM China paid a previously announced US$78 million final 2016 dividend in June this year, of which US$44 million was received by MGM Resorts.

MGM China’s parent recorded net revenues of US$2.64 billion for the three months ended June 30, up 16.4 percent from the prior-year period. Group-wide casino revenue increased 24.6 percent year-on-year, to US$1.41 billion.

MGM Resorts reported second-quarter diluted earnings per share of US$0.36, compared to US$0.83 in the prior-year quarter. The parent declared a quarterly dividend of US$0.11 per share, totalling US$63 million.

Quarterly net income attributable to MGM Resorts fell by 55.6 percent to nearly US$210.6 million, compared to US$474.4 million in the prior-year quarter.

At its U.S. domestic properties, MGM Resorts reported adjusted property EBITDA growth of 27.7 percent over the prior-year quarter, to US$657.7 million.