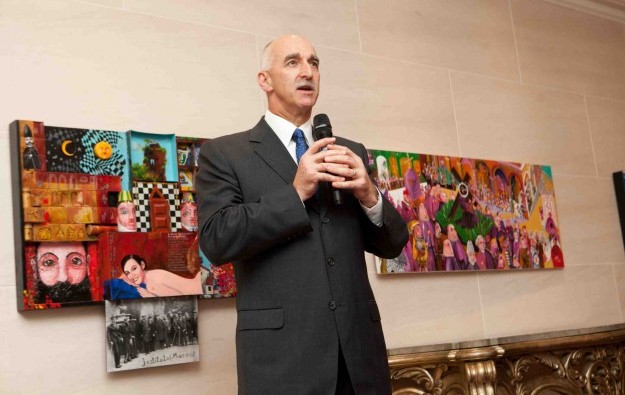 MGM China Holdings Ltd is to invest US$100 million this year to renovate its first and currently only Macau casino-hotel, MGM Macau, said the firm’s chief executive Grant Bowie (pictured).

“To remain competitive, we plan to invest approximately US$100 million… in capital this coming year,” Mr Bowie told a conference call with investment analysts on Tuesday, following the announcement of the fourth quarter results of parent company MGM Resorts International.

He added: “Our future capital projects for MGM Macau include a redesigned main floor layout to improve traffic flow and operating efficiencies; as well we will be introducing a range of non-gaming products in the form of over 15 new retail outlets and reconceptualised food and beverage offerings to add capacity and diversity.”

MGM China reported net revenue of US$718.7 million for the final quarter of 2014, a 22-percent decrease compared to the prior-year quarter. Mass business contributed to approximately 75 percent of MGM China’s earnings before interest, taxation, depreciation and amortisation (EBITDA) in the fourth quarter, up from 60 percent a year earlier, as a result of the reallocation of tables to the main floor.

The company expects minimum impact to operations from the main floor revamp. “At this point in time, we are actually pretty confident that we should be able to keep all the productive capacity that we currently have available and once we have obviously completed we will be adding more capacity into the floor,” said Mr Bowie.

“We are looking at hopefully getting work commenced in probably the third quarter,” he added.

The MGM Macau renovation plans started last year. The overall changes will involve a total of 27 separate projects over a three-year period, according to previous statements from Mr Bowie.

MGM China is due to open its second Macau property in the fall of 2016, the MGM Cotai, located on reclaimed land at Cotai, an area that has become the city’s answer to the Las Vegas Strip. The scheme has an estimated budget of US$2.9 billion, excluding capitalised interest and land related costs.

“Construction of the hotel towers have now reached the 16th floor and progress is moving quickly,” Mr Bowie said.