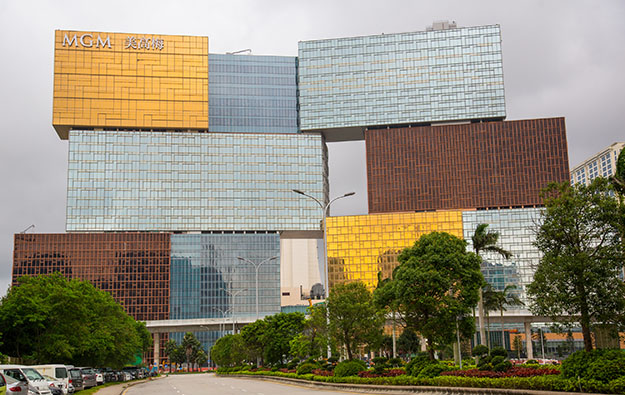 MGM China Holdings Ltd has reported adjusted property earnings before interest, taxation, depreciation and amortisation (EBITDA) for the first quarter of this year of nearly HKD1.62 billion (US$203 million), an increase of 26.8 percent from the prior-year period.

Hong Kong-listed MGM China said net revenue was HKD5.76 billion in the period January 1 to March 31. That represented a 23.5-percent increase in year-on-year terms, reflecting the ramping up of operations at the MGM Cotai – which opened on February 13 last year – and the addition of 25 new-to-market tables on January 1 this year at the same property.

By property, MGM Macau achieved adjusted EBITDA of HKD1.1 billion in the three months to March 31, a 13-percent sequential growth while MGM Cotai’s adjusted EBITDA was up 17 percent quarter-on-quarter, to HKD544 million.

The results released on Tuesday were filed under international financial reporting standards (IFRS), the system used by MGM China as a Hong Kong-listed company. MGM Resorts International – the parent of MGM China – released its results on Monday, in the United States. MGM China operates the MGM Cotai (pictured) and MGM Macau casino resorts.

In a press release accompanying the first-quarter results of the parent company, Jim Murren, chief executive and chairman of MGM Resorts, was quoted as saying: “MGM Cotai continued to ramp and contributed to the … growth in adjusted property EBITDA at MGM China. During the quarter, we were very pleased to receive the extension to our Macau sub-concession to June 2022. We remain deeply committed to Macau’s continued evolution into an international leisure and tourism destination.”

In a note on Tuesday, Sanford C. Bernstein Ltd said MGM China’s first quarter results “beat street estimates with adjusted property EBITDA … 6 percent above consensus”. The brokerage said the better-than-expected results were due “largely to high VIP hold at MGM Cotai”, which stood at 3.7 percent in the quarter.

In the first quarter, MGM China said gross gaming revenue (GGR) had increased by 18 percent compared to the same period last year. GGR was up by 4 percent quarter-on-quarter and the company said Macau-wide GGR was down by 3 percent in the same period. The company did not say how it calculated the city-wide figure.

MGM China said it had recorded “growth across all gaming segments” in the first three months of this year, gaining market share for the third quarter in a row. By its own calculations, MGM China has a market share of about 9.4 percent, compared to about 7.8 percent a year ago.

At MGM Macau, VIP table games turnover for the first quarter stood at nearly HKD54.0 billion, down from HKD75.51 billion a year earlier, while main floor table games drop fell 10.2 percent year-on-year, to HKD9.63 billion. With a full quarter of operation, MGM Cotai reported VIP table games turnover of HKD24.56 billion, up from HKD2.01 billion in the prior-year period, when the casino resort was only in operation for about six weeks. Main floor table games drop at the Cotai property more than doubled, to HKD6.00 billion.

U.S.-based investment bank Jefferies LLC said in its Monday memo that MGM China’s earnings “continue to benefit from the MGM Cotai turnaround”, in particular with 25 additional tables since the start of 2019.

“With 80 percent of gaming profits from the mass segment, [MGM’s] management expects VIP [in the Macau market] to be lower year-on-year, with high single-digit growth for mass,” said the bank’s analysts.

JP Morgan Securities (Asia Pacific) Ltd said however that the “sustainability” of MGM China’s earnings growth “might be a bit debatable”. “The upsides [in the first quarter] came from favourable luck in both VIP/mass and performance of peninsula property, while the pace of Cotai’s profit ramp wasn’t very strong if adjusted for luck,” the institution stated in a Tuesday note.

In pre-prepared comments, Grant Bowie, chief executive of MGM China, said: “Along with the growth of our business, we are delighted to see our gaming sub-concession extended. We are grateful for the support of the Macau government and remain committed to the region’s continued evolution into a global leisure and tourism destination.”

In Monday’s announcement, MGM Resorts said it remained focused on its debt and corporate restructuring programme, and on opportunities in Japan.

MGM Resorts International wants to build a casino resort in the Japanese prefecture of Osaka, at a cost upwards of JPY930-billion (US$8.5 billion).

On Monday, the U.S. parent company said its first-quarter net profit shrank to US$31 million, compared to the US$223 million result in the corresponding period last year. The dip in net profit reflected a one-time benefit from U.S. tax reforms offered last year and an accounting adjustment related to taxation.

Singapore has the potential to be a “top choice” for Chinese outbound travellers, once the country reopens and eases travel restrictions associated with the Covid-19 pandemic, suggested... END_OF_DOCUMENT_TOKEN_TO_BE_REPLACED