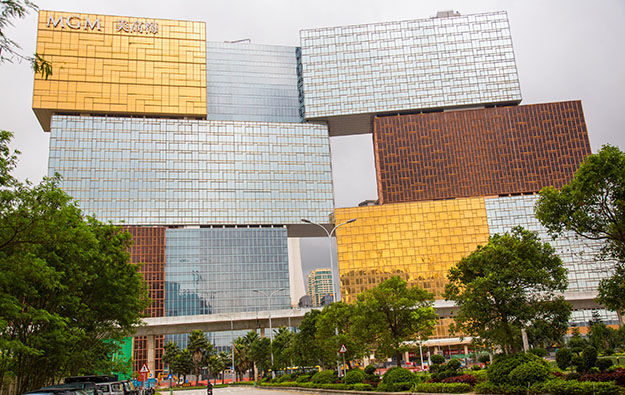 Macau-based gaming operator MGM China Holdings Ltd has delayed the opening of casino resort MGM Cotai to January 29, 2018. The firm had previously said the property was scheduled to open in the fourth quarter of 2017.

The overall budget for MGM Cotai (pictured) was also revised upward by about 4 percent to HKD27 billion (US$3.46 billion).

The new opening date is just before the Chinese New Year holiday period, which typically sees a spike in gambling in Macau. In 2018, the week-long holiday period starts on February 16.

MGM China said the delay was a result of the impact of Typhoon Hato, which struck Macau on August 23 and brought with it winds of more than 200 kilometres per hour (124 mph). Following the typhoon – the worst storm recorded in Macau for 53 years – some hotels and casino resorts temporarily suspended their operations for up to one month, as they sustained damage and suffered power cuts and interruption to water supply.

“MGM Cotai was… damaged by this unforeseen event,” MGM China said in a Friday filing to the Hong Kong Stock Exchange. “The company has since evaluated the situation and developed a revised schedule for completing repair works and processing governmental inspections necessary for obtaining relevant licences to operate MGM Cotai.”

MGM China said it anticipated that any damage caused by Typhoon Hato on MGM Cotai would be “substantially covered by its insurance”. The firm however said that – after reassessing its project costs – the overall budget for the project was now expected to increase from approximately HKD26 billion to approximately HKD27 billion, excluding land and capitalised interest.

“While the announcement was somewhat expected, we believe the delay is likely to cause some frustration,” analysts Carlo Santarelli and Danny Valoy, from Deutsche Bank Securities Inc, wrote in a note on Friday. They added: “Macau stocks tend to rally into openings, thus, the delay pushes the potential [MGM China] stock rally into calendar 2018.”

“While it cannot be 100 percent assured, there is now a hard opening date and these are very rarely changed,” wrote brokerage Sanford C. Bernstein Ltd analysts Vitaly Umansky, Zhen Gong and Cathy Huang in a Friday memo.

“It may also be that MGM wanted more time to put the finishing touches on its most important next opening so that the opening would be as successful as National Harbor’s was,” stated the institution, referring latterly to the December 2016 launch of a new casino resort in Maryland in the United States, just south of the national capital Washington D.C.

Earlier this month, MGM Cotai was also affected by a “small fire”. At the time, MGM China told GGRAsia the fire “was contained very quickly and caused minor damage”.

Macau’s casino gross gaming revenue (GGR) for the first five days of February is estimated at MOP1.9 billion (US$235.1 million) – or MOP380 million per day – a level that suggests a “45... END_OF_DOCUMENT_TOKEN_TO_BE_REPLACED