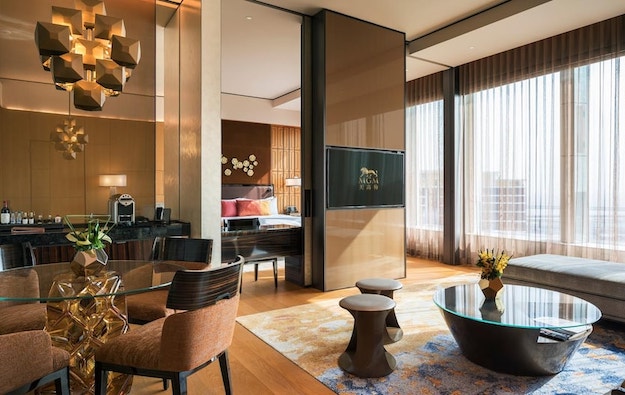 Macau casino resort MGM Cotai has launched its new luxury suites aimed at premium mass gambling customers, according to the booking engine on its official website.

The new south tower accommodation, called Emerald Tower suites, had a capital cost of HKD677 million (US$87.1 million), according to the interim report of the property’s promoter, MGM China Holdings Ltd.

“The development of MGM Cotai Emerald Tower suites is the latest project to strengthen our position in the premium mass segment,” stated the company.

The new MGM Cotai accommodation consists of 28 suites, ranging in size from 128 square metres (1,378 sq. feet) to 371 sq. metres, according to corporate information.

In early August, Bill Hornbuckle, president and chief executive of MGM Resorts, said he expected the south tower suites at MGM Cotai to be “well received by our premium mass clients.”

Speaking during the second-quarter earnings call of the company, Mr Hornbuckle said the group expected to “officially open” the Emerald Tower suites later in August.

At the time, the CEO also flagged the completion of a refreshment of the casino gaming area at MGM Cotai, and said that MGM China was “looking to remodel” the villas at the property.

Macau mass-market casino gross gaming revenue (GGR) for the recent Chinese New Year (CNY) holidays could have recovered to at least 60 percent of that for the 2019 break, when the festivities were in... END_OF_DOCUMENT_TOKEN_TO_BE_REPLACED