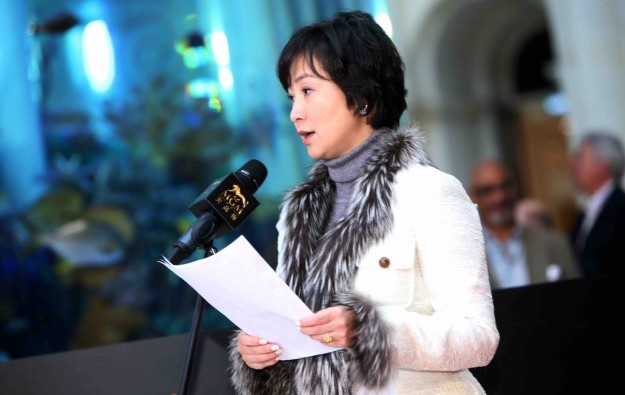 Ms Ho was responding to local media on the sidelines of a Tuesday event when asked about the progress of MGM Cotai. The MGM China executive said that construction work on the Cotai project was “going smoothly”.

MGM Cotai is scheduled to open in the first quarter of 2017, according to an announcement in February.

But there is a “possibility” that the opening of MGM Cotai might “trickle into the second quarter” of 2017, said a June 17 note from brokerage Sanford C. Bernstein Ltd.

The brokerage cited comments by management made at an ‘Analyst and Investor Day’ held on June 16 in Las Vegas, Nevada, by MGM Resorts International, the parent investor in MGM Cotai.

MGM Resorts owns 51 percent of MGM China Holdings, which is developing the under-construction MGM Cotai on Cotai. The scheduled opening of MGM Cotai in the first quarter of 2017 was reiterated at the June 16 event.

Speaking to media on Tuesday, Ms Ho said that the scheduled opening date for the MGM Cotai project in the first quarter of 2017 is “achievable”, adding that she believed the project would not encounter any serious delay.

MGM Cotai was previously slated for a fourth-quarter 2016 launch. The construction budget for MGM Cotai has been described as HKD24 billion (US$3.1 billion), excluding land costs and capitalised interest.

Macau’s casino gross gaming revenue (GGR) for the first five days of February is estimated at MOP1.9 billion (US$235.1 million) – or MOP380 million per day – a level that suggests a “45... END_OF_DOCUMENT_TOKEN_TO_BE_REPLACED