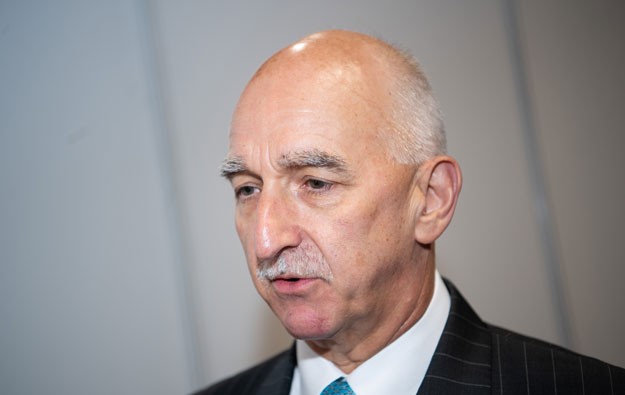 An expansion of the MGM Cotai casino resort, in Macau’s Cotai district, is “not likely” to be seen before 2021. So said the chief executive of MGM China Holdings Ltd, Grant Bowie, in commentary during the second-quarter earnings call of parent company MGM Resorts International.

The MGM China executive stressed it was “not likely” the company would make any significant investment into the MGM Cotai expansion “until around 2021, 2022.”

According to Mr Bowie, when developing the original MGM Cotai complex, MGM China had already “built foundations for expansion.”

The current Macau casino licence of MGM China expires in 2022.

During an analyst and investor day hosted in May 2018 by MGM Resorts International, Mr Bowie had mentioned a “new additional hotel tower of approximately 900 rooms” as part of an expansion for MGM Cotai. No timetable was provided at the time for the project.

MGM China said on Friday its adjusted earnings before interest, taxes, depreciation and amortisation (EBITDA) grew by 41.3 percent to about HKD1.46 billion (US$186.4 million) in the second quarter compared to the corresponding period last year. The company said the increase was mainly due to the continued ramp up of operations at MGM Cotai.

With phase two for the property still in the drawing board, the firm is focused in the short run on adding more high-end accommodation at MGM Cotai via its Mansion villa product. The first units were launched in March.

Jim Murren, chairman and chief executive of MGM Resorts, gave during Thursday’s conference call some commentary on that new high-end accommodation. “Our Mansion is still fairly new and ramping: 20 villas are open; seven more will follow shortly, and these villas are already allowing us to better attract premium mass customers”, the stated.

“We will have all the villas online by the end of September,” Mr Bowie stated. He added the product was already proving popular. “We are now starting to run into demand issues, which is really positive,” said the MGM China CEO.

MGM China is also working on a batch of additional guest suites as part of the existing MGM Cotai facilities. “We’re deep into the process of design of the additional suites for the completion of what is the top tier at south tower,” Mr Bowie said.

In comments to GGRAsia in May, he had confirmed MGM China was planning to add 65 additional guest suites to MGM Cotai. The new accommodation was to become available “probably 12 to 15 months from now,” he stated at the time.

Commenting on the overall casino industry market trends in Macau, Mr Bowie said he was “positive” about the mass segment. “[The] junket market, I think it is going through correction and I don’t think there is any indicator that we are going to see any significant change in those growth patterns.”

Macau’s airport expects a circa 26-percent-higher volume of passenger movements in April compared to March, according to information it provided to GGRAsia. Macau International Airport Co Ltd,... END_OF_DOCUMENT_TOKEN_TO_BE_REPLACED

Oaktree offers US$$2.3bln for Crown to buy out Packer