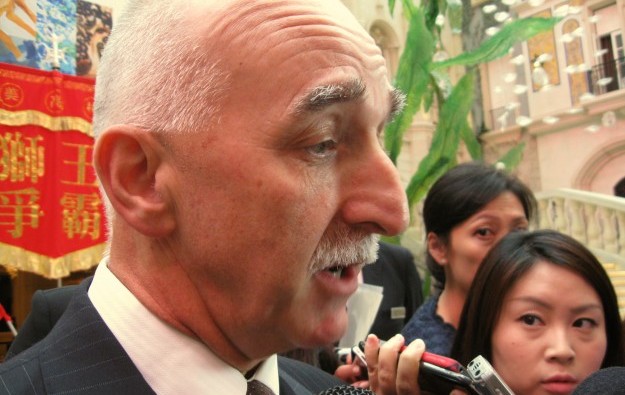 “In Cotai we’ve already made the decision that we’re envisaging opening only with mass tables,” Mr Bowie said on Tuesday, on the sidelines of a public event.

“That’s obviously the basis of where we see the future of Macau and that’s the decision that we have taken at this time. We’re going to walk forward as being a mass-only property,” he noted.

“We’re one of the bigger contributors to that sector [mass gaming market]. We obviously understand that the market is diversifying and we need to be very responsive to that,” said the MGM China CEO.

“Our Cotai property has been designed to cater to many, many different types of customers, with particular emphasis on the non-gaming but also on providing a variety of opportunities for our visitors to partake in all sorts of mass gaming opportunities,” he added.

Mr Bowie declined to disclose the number of new-to-market gaming tables that the firm intends to apply for with the Macau government.

“As we have previously disclosed, it [MGM Cotai] has been built to cater to up to 500 tables, but clearly as we now see the market is changing and we have to adapt to those changes…” Mr Bowie said. “I’m very positive that our property in Cotai will be given … sufficient tables to cater to the customers that we need and we are going to be successful.”

On a conference call on August 4, Melco Crown confirmed that the company is in the process of setting up rolling chip operations at Studio City, “including both junket and premium direct VIP offerings”, as it seeks to improve the performance of the property.

The opening of MGM Cotai is now expected to be in the second quarter of 2017, not the first quarter, said Jim Murren, chairman and chief executive of MGM Resorts International, on the firm’s second quarter earnings conference call on August 4. MGM Resorts is a 51 percent owner of MGM China.

Commenting on the delay in the opening of the Cotai property, Mr Bowie said: “What’s important … is we need to get everything right. We’re introducing a lot of new ideas to the marketplace and they are technically very complicated, and we just want to make sure that we get everything to the level that we need to open properly in Cotai.”

The MGM China CEO was referring to the non-gaming entertainment offering planned for the Cotai property.

The US$3.1-billion MGM Cotai will feature what MGM China termed as “Spectacle Show”, which will use 23 LED walls in an atrium area, allowing the venue to show huge images with more than 80 megapixels of resolution. There will additionally be a theatre that can offer 14 different seating arrangements, which the firm calls “Asia’s first dynamic theatre”.

“We’re very excited with what we are creating. And I can assure you that it will be such that we will be able to introduce new opportunities that people have not seen in Macau, but actually they haven’t seen in China either,” Mr Bowie said.

MGM Cotai will offer approximately 1,500 hotel rooms and suites, meeting space, a luxury spa, shops and restaurants. The property would also have what is described as “the first international “Mansion at MGM” – a branding term used to describe some luxury accommodation within MGM Resorts’ properties in other markets.

A Philippine lawmaker says public opinion on Philippine Offshore Gaming Operators (POGOs) would be an important factor when he and colleagues draft a Senate committee report on the economic and... END_OF_DOCUMENT_TOKEN_TO_BE_REPLACED