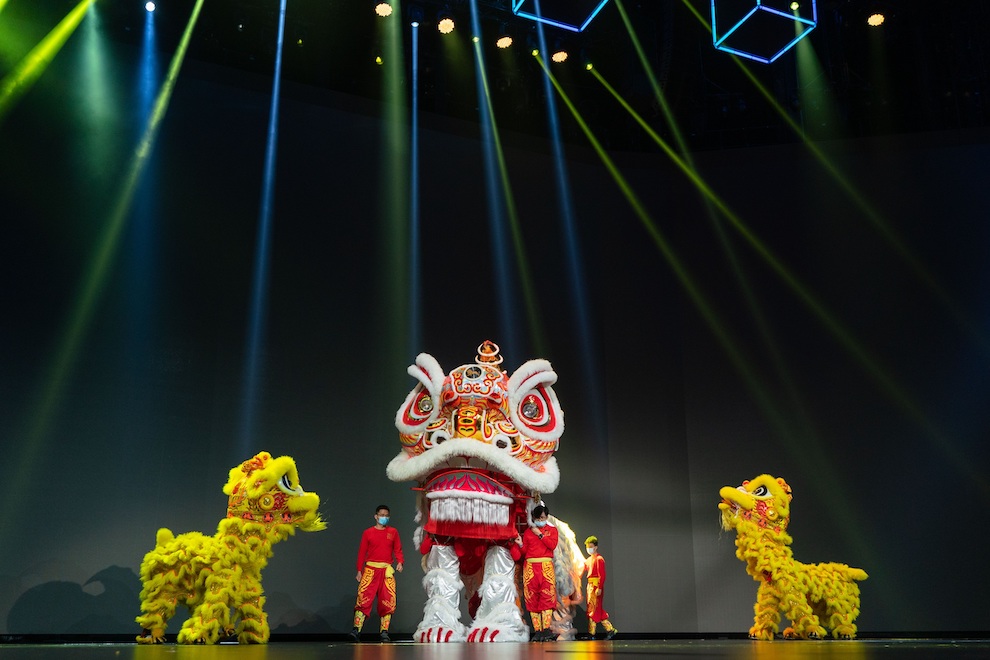 Macau casino operator MGM China Holdings Ltd announced this week it will launch in July a resident show at its MGM Cotai casino resort, called “MGM Awakening Lion”. The new show has been developed in collaboration with the Guangzhou Song and Dance Theatre, and is said to be an adaptation of the award-winning Chinese ethnic dance drama, “Awakening Lion”.

The 70-minute drama will be hosted at the MGM Theater. By making use of the technology available at the venue, MGM Awakening Lion will blend “ancient intangible heritage” with virtual reality, according to its promoters.

MGM Awakening Lion was created to “showcase traditional dance drama with innovation, telling the great stories of the Chinese people with an internationalised and contemporary backdrop,” said MGM China in its release.

The statement quoted Pansy Ho Chiu King, co-chairperson and executive director of MGM China, as saying the show was aimed especially at “tourists of the new generation,” and was a “new milestone for MGM, as it is the very first project of the ‘MGM Lion IP (Intellectual Property)’ spectrum of tourism products in multiple categories”.

The new work is said to retain the plot and cultural characteristics of the original dance drama, but the narrative pace of MGM Awakening Lion “has been enhanced, becoming more upbeat,” stated the release.

The original ethnic dance drama Awakening Lion is described in the release as the first large-scale dance drama in China using Cantonese lion dance as its theme.

The original show was named the best dance drama at the China Dance Lotus Awards, considered the most prominent in China for that art form.

Some Macau casinos visited by GGRAsia on Thursday, actually had tables that were closed, notwithstanding strong consumer demand during Chinese New Year (CNY). The reasons for some tables being... END_OF_DOCUMENT_TOKEN_TO_BE_REPLACED