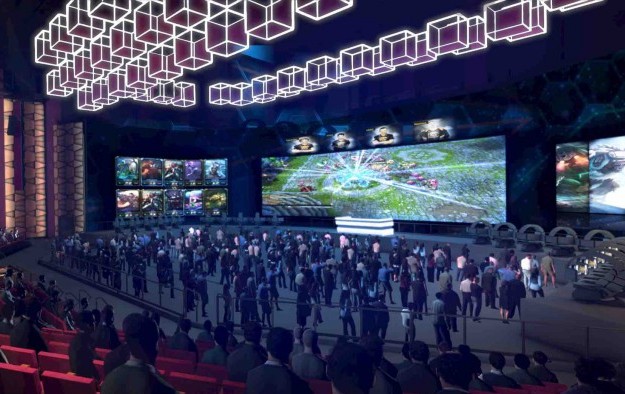 Macau casino operator MGM China Holdings Ltd on Tuesday said its new resort on Cotai will feature three resident shows, with two launching first, dubbed “The Experience” and “Destiny”. The under-construction MGM Cotai, with a budget of HKD26 billion (US$3.3 billion), is currently scheduled to open in the fourth quarter of 2017.

MGM Cotai will offer approximately 1,400 hotel rooms and suites, meeting space, a luxury spa, shops and restaurants. The property will also have a 2,000-seat theatre (pictured in a rendering) that can offer 10 different seating arrangements, which the firm calls “Asia’s first dynamic theatre”.

According to Tuesday’s press release, “The Experience” will be a 10-minute “technological symphony that showcases the theatre’s engineering and architectural dexterity”. “Destiny” is described as an “action-packed immersive theatrical production” inspired by the concept of TV game shows and adventure video games.

MGM China did not disclose details regarding the third resident show planned for MGM Cotai.

“The MGM Theater at Cotai brings the future of events to Macau, today,” said James Murren, chairman and chief executive of MGM Resorts International, in a statement included in the release. MGM Resorts is the parent of MGM China, with a 56-percent stake.

The MGM Theater is described by the company as “the world’s first theatre to offer a 28-million-pixel” screen, with the size of three tennis courts combined. The venue can accommodate custom arrangements for special events, from a traditional concert, fashion show or a movie premiere layout to a 360-degree configuration for talk shows and product launches, said the firm.

“MGM is synonymous with entertainment and we have taken our deep knowledge and incorporated it with cutting-edge technology to create a setting that will redefine and elevate the way our guests experience entertainment,” said Mr Murren.

He added: “The intricacy of the theatre is one of the most complex in the world and we have invested in training our local staff to learn how to use this leading entertainment technology.”

The year 2024 is still the targeted start date for operation of a five-star hotel and casino complex at the Westside City Project (pictured in an artist’s rendering) in Manila, the Philippine... END_OF_DOCUMENT_TOKEN_TO_BE_REPLACED