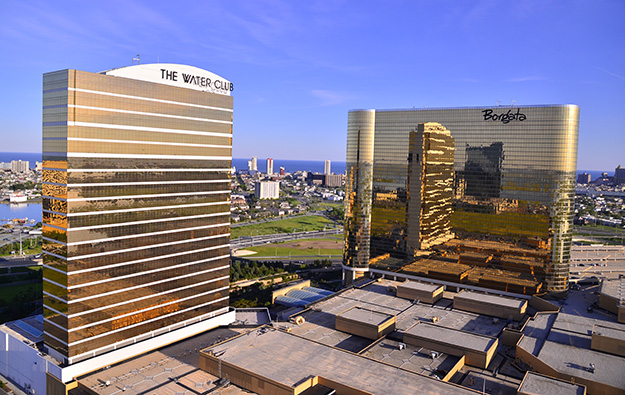 Casino group MGM Resorts International has entered into an agreement to acquire Boyd Gaming Corp’s 50 percent interest in Borgata Hotel Casino and Spa in Atlantic City, in the United States.

The deal involves a consideration of US$900 million for the stake, it was announced on Tuesday by both firms in separate statements. It includes the payment by MGM Resorts of US$600 million in cash to Boyd Gaming. In addition, MGM Resorts will fully assume and refinance Borgata’s outstanding debt of approximately US$600 million.

Once the deal is completed, the Borgata property will be acquired by subsidiary MGM Growth Properties LLC – a publicly traded real estate investment trust (REIT) – for a total consideration of almost US$1.18 billion. The property will then be leased back to MGM Resorts.

The transactions are expected to close in the third quarter of 2016, subject to regulatory approvals.

MGM Resorts had been effectively forced to give up control of its 50-percent interest in the Borgata Hotel Casino and Spa, one of Atlantic City’s best-performing gaming properties, because of issues raised in 2009 by the local regulator regarding the “suitability” of Pansy Ho Chiu King, at that time a 50 percent partner with MGM Resorts in a Macau casino business.

In a report dated from May 2009, the New Jersey Division of Gaming Enforcement had raised questions about Ms Ho’s independence from her father, the former Macau casino monopoly holder Stanley Ho Hung Sun. He had arranged for the 2005 sale – via his Macau casino firm SJM Holdings Ltd – of a Macau gaming sub-concession to Ms Ho and her business partner MGM Resorts for US$200 million. Mr Ho had however been linked, by some regulators and law enforcement bodies outside Macau, to involvement with Chinese organised crime.

Following the 2009 New Jersey report, MGM Resorts had pulled out of the Atlantic City market voluntarily, putting its 50 percent Borgata ownership into a fund controlled by a trustee, that was supposed to sell the interest if MGM Resorts didn’t find buyers.

But MGM Resorts received from New Jersey an extension, and then a stay, on plans to sell its interest controlled by the fund. In the meantime, its joint venture with Ms Ho in Macau floated on the Hong Kong Stock Exchange in 2011 under the monicker of MGM China Holdings Ltd, leaving MGM Resorts with a majority stake of 51 percent and Ms Ho with cash and a much-diluted holding below 30 percent.

Stocks of Macau casino operators rose substantially in the Hong Kong market on Monday, after the local government announced on Friday a bill proposing a new regulatory system for gaming... END_OF_DOCUMENT_TOKEN_TO_BE_REPLACED