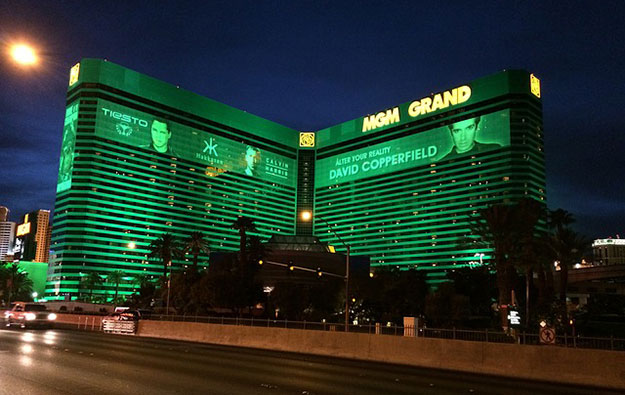 A joint venture between real estate investment trusts (REITs) MGM Growth Properties LLC and an affiliate of the Blackstone Group Inc is to acquire control of two Las Vegas Strip resorts – MGM Grand Las Vegas (pictured) and Mandalay Bay – in a transaction that analysts say has a capitalisation of US$4.6 billion.

A Tuesday press release from United States-based casino operator MGM Resorts International, which is the branding entity for the two properties, laid out the general terms.

Under the deal an entity called MGM Grand Real Estate is to be acquired by a joint venture of MGM Growth Properties and Blackstone Real Estate Income Trust Inc. Aside from other fees in connection with the deal, the MGM Grand Las Vegas real estate assets are to be sold in a transaction valued at approximately US$2.5 billion, according to the statement.

MGM Resorts – which aspires to a Japan casino licence and already has a casino operation in Asia, via its majority-owned MGM China Holdings Ltd in the Macau market – said in Tuesday’s press release that the move was part of an “asset light” strategy for the parent.

“We will continue to monetise our owned real estate assets, which facilitates our strong focus on returning capital to our shareholders, while also retaining significant flexibility to pursue our visible growth initiatives, including Japan and sports betting,” said Jim Murren, the chairman and chief executive of MGM Resorts, in prepared remarks in the release.

A figure of as much as US$10 billion has previously been mentioned by Mr Murren in relation to possible capital expenditure on any MGM-branded Japan casino resort, although the structure of such funding has yet to be clarified. MGM Resorts is widely-viewed among investors as a front-runner for a licence in Japan’s Osaka metropolis.

“After debt reduction, MGM [Resorts] should end 2020 with a cash pile of approximately US$3 billion, which will be worked off mostly with share repurchases,” said a Tuesday note from analysts Harry Curtis, Brian Dobson and Daniel Adam at Nomura’s Instinet LLC.

A Tuesday memo from analysts Carlo Santarelli and Steven Pizzella at Deutsche Bank Securities Inc stated: “In short, MGM Growth Properties and Blackstone have combined to form a joint venture which will house Mandalay [Bay], which MGM Growth Properties contributed from its existing MGM master lease, and the acquired MGM Grand real estate.”

An effect of the deal will be that MGM Resorts’ stake in MGM Growth Properties will be reduced to approximately 55 percent, according to MGM Resorts.

The MGM Resorts press release said it was anticipated the deal would close in the first quarter this year.

The announcement added that – combined with the previously-stated Bellagio and Circus Circus Las Vegas transactions, and “assuming the redemption of US$1.4 billion in operating partnership units, these transactions are expected to provide total net cash proceeds to MGM Resorts of US$8.2 billion”.