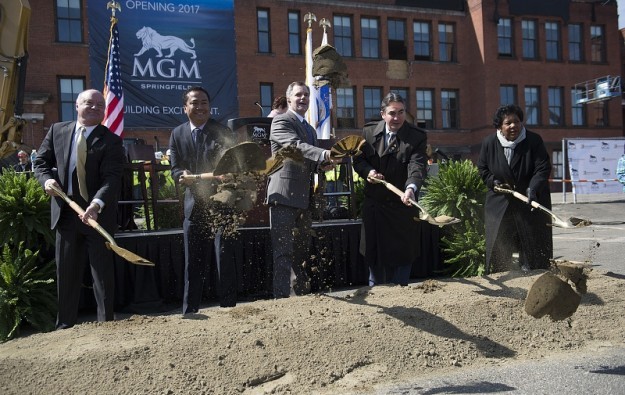 MGM Resorts International broke ground on Tuesday on its MGM Springfield project in Massachusetts, in the United States, the company said in a press release. The US$800-million casino resort is slated to open in the autumn of 2017, it added.

Following the defeat of a gaming repeal ballot put to the state’s electorate on November 4, MGM Springfield formally received its licence on November 7.

“Today is even more special, though, as we put shovels in the ground to officially celebrate what we came here to do, put people back to work and begin a rebirth of the once thriving urban centre of Western Massachusetts,” MGM Resorts chairman and chief executive Jim Murren said in a statement.

The project is expected to generate 3,000 jobs and US$25 million annually for Springfield’s coffers.

“As we celebrate this moment, we know plenty of work lies ahead. I think we have proven that we are not afraid of hard work, and as always we will remain transparent and inclusive as we build a better future for this region,” said MGM Springfield’s president Michael Mathis.

There are also plans for a dining, retail and entertainment district with an eight-screen cinema, a bowling alley and an outdoor stage, to be developed by MGM Resorts in partnership with a third party.

It is likely that Macau will shortly have a third round of citywide centre-based Covid-19 testing in little more than a week, after the results so far of a second mass test – that was due to finish... END_OF_DOCUMENT_TOKEN_TO_BE_REPLACED