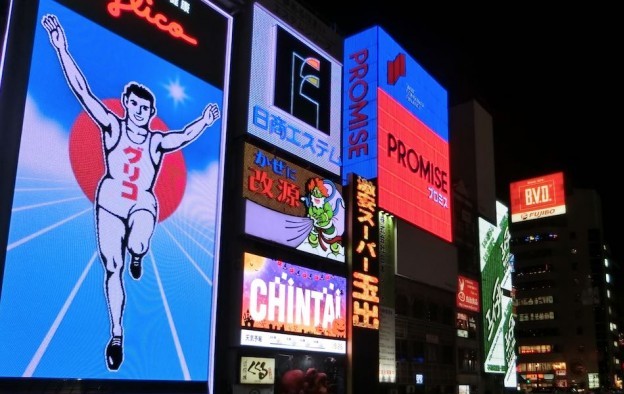 The Osaka authorities announced on Thursday plans to move ahead next month with a request-for-proposal (RFP) process in an effort to have a casino resort in that Japanese prefecture and city. The schedule put forward mentions a desire to choose a private-sector partner for such a project “around June 2020”.

The RFC process guidelines would be published in December, according to Thursday’s announcement. The local authorities also confirmed that an area of 49 hectares (121 acres) in Yumeshima – an artificial island offshore from the downtown area – was the selected site for an Osaka tilt at a casino resort.

Japanese communities wishing to host an integrated resort or “IR” – as large-scale casino complexes with hotels, shops and conference space are known in that country – must first find private-sector partners and then make a bid to the national government, seeking selection.

Kentaro Maruta, partner at consultancy firm KPMG AZSA LLC, told GGRAsia last week that the goal of advancing with a RFP process – before the final version of the national basic policy was ready – was to ensure Osaka could keep to its target of having an operational casino resort by 2025, to coincide with the metropolis hosting the World Expo.

Commentators have mentioned it would typically take three or four years to build a large-scale casino resort.

Mr Maruta told GGRAsia that in Japan it was commonly thought that Osaka would eventually be selected by the national government to host one of the three casino resorts to be allowed in the country as part of a first wave of casino liberalisation.

According to a proposal disclosed earlier this week by Japan’s Ministry of Land, Infrastructure, Transport and Tourism, the national government would not start accepting for consideration local authorities’ proposals for integrated resorts until January 2021. The proposed closing date for such submissions would be July 30, 2021.

No timetable for the national government’s own decision-making process on such local submissions was put forward by the ministry. But the Osaka authorities stated in their Thursday announcement they planned to make a submission for a casino resort in early January 2021, eyeing to start construction works “around autumn 2021”.

According to the Osaka plan, the second half of 2020 would be used by local authorities and the selected private partner to carry on public hearings, fine-tune their respective plans, and obtain the needed support from the city council and prefectural assembly.

The Osaka authorities announced also on Thursday the names of the three private-sector firms that had stuck with its request-for-concept (RFC) process until the end. They were: the consortium involving U.S.-based MGM Resorts International and Japanese financial services group Orix Corp; the Japan unit of Galaxy Entertainment Group Ltd; and Genting Singapore Ltd, a unit of Malaysian-based Genting group.

The Osaka authorities clarified on Thursday that any company – and not just the three that were engaged until the end of the RFC phase – could take part in the RFP process announced that day. The local authorities would set up a special committee to head the selection process.

Recently a number of major casino operators – including Wynn Resorts Ltd, Las Vegas Sands Corp and Melco Resorts and Entertainment Ltd, firms that all have businesses running casinos in the Macau market – passed up the chance to partner with Osaka on a Japanese casino resort.

According to the information made available, the authorities had received proposals individually surpassing the investment threshold of JPY930 billion (US$8.56 billion).

He added: “In support of this, we have been conducting a careful evaluation of multiple locations, and have been an active and willing partner with many cities, prefectures and government agencies, in sharing information, ideas and our experience… To date, we have responded to eight cities and prefectures for requests for information or requests for concepts including most recently in Osaka and we are now preparing for Yokohama.”

Osaka’s RFC process began in late April. In June, it was announced that a total of seven entities were at the time participating in the RFC process.

China has moved one step closer towards reopening, by relaxing some its Covid-19 control measures, with most infected people now able to quarantine at home rather than in state-sanctioned... END_OF_DOCUMENT_TOKEN_TO_BE_REPLACED