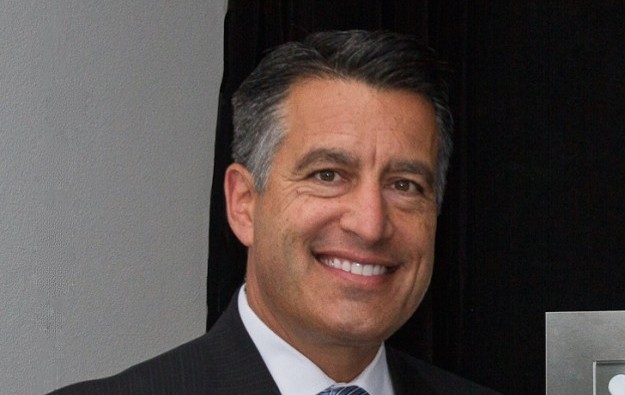 U.S.-based casino operator MGM Resorts International has hired Brian Sandoval, a former governor of the U.S. state of Nevada, for the post of president of global gaming development. The appointment was announced on Tuesday, only a day after Mr Sandoval officially left his governorship role.

Mr Sandoval (pictured in a file photo) “will drive MGM Resorts’ global expansion efforts, most importantly in Japan,” the firm said in a press release.

MGM Resorts is the parent of casino operator MGM China Holdings Ltd, which controls two properties in Macau, MGM Macau on the peninsula and MGM Cotai, the latter opened in February last year. The firm is also eyeing to grab one of the first licences in Japan’s nascent casino industry.

Mr Sandoval served as governor of Nevada between 2011 and January 7 this year. Nevada – where Las Vegas is located – is the main casino gaming hub in the United States.

“As governor, Mr Sandoval reinstituted the Gaming Policy Committee and was a leading voice in favour of the legalisation of sports gaming,” MGM Resorts noted in its release. The document further noted that prior to that, he was a member – and the youngest chairman in state history – of the Nevada Gaming Commission.

Mr Sandoval was also Nevada attorney general and served as a federal judge on the U.S. District Court for the District of Nevada.

Mr Hornbuckle has served as the president of MGM Resorts since 2012.

MGM Resorts chairman and chief executive Jim Murren said in welcoming Mr Sandoval to his new role: “Few leaders are as widely respected, accomplished and knowledgeable as Brian Sandoval, and we couldn’t be more excited to have him as part of the MGM family.”

Mr Murren added in the prepared statement: “Governor Sandoval brings an unparalleled level of skill, leadership and experience to the company, and we will benefit greatly from his in-depth expertise in gaming, public policy and economic development.”

The release also quoted Mr Sandoval as saying: “As I return to the private sector for the first time in over 20 years, finding the right professional opportunity to best suit my experience as a former legislator, gaming regulator, attorney general, federal judge and governor was important to me… Jim has formed critical relationships in Japan and in sports, and I look forward to building upon this strong foundation.”

The stock prices of Hong Kong-listed firms directly linked to Macau casino operations rose in Monday trading, following the Saturday announcement that the six incumbent licensees had each been... END_OF_DOCUMENT_TOKEN_TO_BE_REPLACED