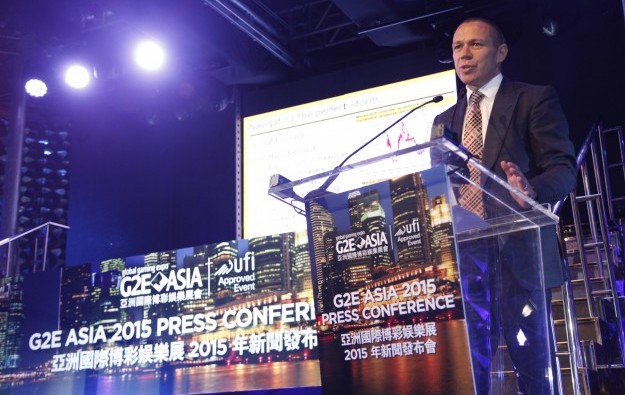 Prior to joining MGM Resorts in 2016 as senior vice president of corporate development, Mr Fischer was head of consumer and gaming research at CLSA, a brokerage and investment group based in Hong Kong. During his 17 years as an equity analyst he specialised in emerging gaming markets – including Macau and Japan – and the global luxury goods sector.

MGM Resorts said in its Monday release that Mr Fischer would relocate from Hong Kong – where he was currently based – to the company’s corporate headquarters in Las Vegas, Nevada.

As chief strategy officer, Mr Fischer “will be responsible for leading MGM Resorts’ enterprise-wide strategic planning process to include both a focus on operations and… global development,” the release stated.

It added: “Mr Fischer will play a leading role in communicating the company’s strategy to key partners and stakeholders, including helping to shape the investor relations strategy.”

MGM Resorts is the parent company of Macau-based MGM China Holdings Ltd. The latter firm is currently building its second casino property in Macau: the MGM Cotai casino resort is scheduled to open in the second half of 2017.

MGM Resorts is also interested in bidding for a gaming business in Japan. The company had declared itself a candidate for a Japanese casino gaming licence long before lawmakers in that country passed on December 14 a bill to legalise such business.

The year 2024 is still the targeted start date for operation of a five-star hotel and casino complex at the Westside City Project (pictured in an artist’s rendering) in Manila, the Philippine... END_OF_DOCUMENT_TOKEN_TO_BE_REPLACED