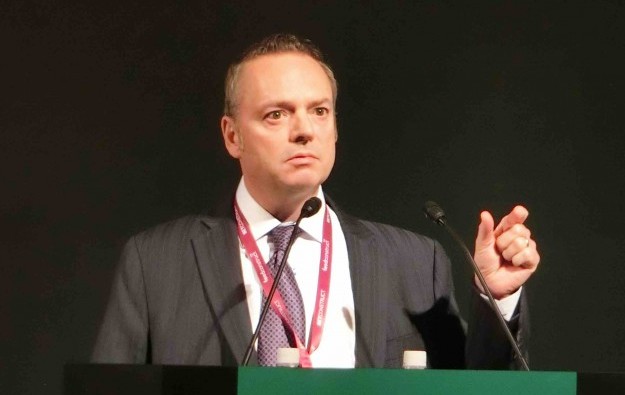 U.S.-based casino operator MGM Resorts International says it sees now more public support for a casino resort in the Japanese prefecture of Osaka compared to a few months ago.

“We’ve seen an uptick in people supporting an integrated resort in Osaka compared to several months ago. It shows that the community is getting used to the idea of hosting an integrated resort,” said on Friday Ed Bowers (pictured), the group’s senior vice president of global gaming development and chief executive of MGM Resorts Japan LLC.

The term “integrated resort” or “IR” is used in Japan to describe large-scale gambling resorts with ancillary leisure facilities. Mr Bowers was speaking during a presentation at the Japan Gaming Congress in Tokyo.

U.S.-based MGM Resorts has announced what it terms an Osaka-first policy, saying it would work with local partners to bid for a gaming licence in the prefecture. The company confirmed this week that it was going to submit a proposal for the Osaka casino request-for-concept (RFC) phase, in partnership with Japanese financial services group Orix Corp.

Osaka’s RFC application phase – in its effort to identify parties interested in being commercial partners for hosting a casino resort – began on April 25 and ends on May 24.

Mr Bowers told conference delegates that MGM Resorts has been in Japan for the past five years trying to promote the company’s efforts and provide information about casino resorts to the Japanese public.

“The impacts on tourism, on local communities – positive and negative – must be considered and evaluated well in advance [before developing an integrated resort],” stated the executive. “MGM is already trying to listen and to think about what an integrated resort could look like in Japan.”

MGM Resorts has already engaged in a number of commercial activities in Japan aside from lobbying. The company announced last November the formation of a partnership with elite North American sports body Major League Baseball. The sport of baseball has a large following in Japan. Under the deal, MGM Resorts will promote the league in the U.S. and Japan, and the league will provide marketing exposure for the gaming business.

The executive said additionally that the Japanese authorities must balance regulation and casino industry needs, in order to support the country’s economic growth objectives regarding gaming liberalisation. “MGM is willing to invest significantly in Japan, to contribute further to make Japan a leading tourism destination,” he added.

The Pragmatic Play brand, a leading content provider to the iGaming industry, says it has signed a deal to launch its complete slot portfolio on the bet365 online wagering platform. As a result,... END_OF_DOCUMENT_TOKEN_TO_BE_REPLACED