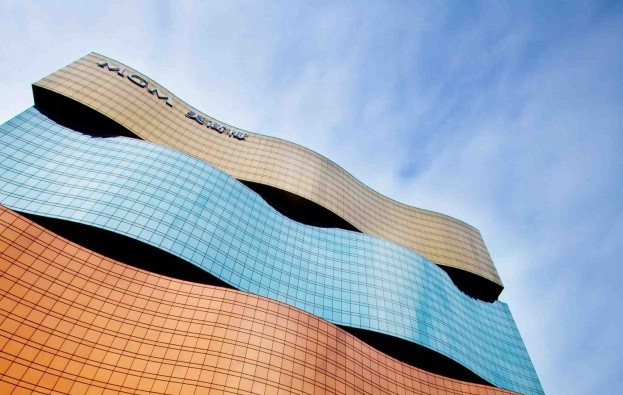 Some dealers of MGM China Holdings Ltd and SJM Holdings Ltd in Macau are taking industrial action against the casino operators over salaries and benefits. The action started at noon on Friday and will continue on Saturday, a union leader said.

The plan includes some staff working to rule, some reporting late and some calling in sick, Cloee Chao, secretary general of labour activist group Forefront of the Macao Gaming, told GGRAsia.

Ms Chao said the association doesn’t have a final number on how many workers from each company took part in the action.

Reuters earlier reported that up to 300 dealers at MGM Macau (pictured), the flagship casino of MGM China, a unit of U.S.-based MGM Resorts International, took collective sick leave at noon on Friday. It quoted Ieong Man Teng, head of Forefront of the Macao Gaming.

The labour protest comes during one of the busiest periods of the year for Macau’s casinos – the National Day Golden Week holiday, that started on October 1.

“MGM Macau’s daily operations are running as normal,” the operator told GGRAsia in a written reply. “The vast majority of our team members have reported to work and are delivering their high level of service, as usual,” it added.

The firm however did not say if it had to rearrange shifts to maintain its normal operation.

A group of about 200 casino workers from MGM China had met with representatives from the city’s Labour Affairs Bureau on September 15 to complain about the company’s pay and benefit policies. They also held a protest late last month, demanding higher salaries and changes to the company’s bonus policies.

SJM Holdings was not immediately available to comment on the industrial action.

The new protest comes a month after about 1,000 dealers working for SJM Holdings joined a work to rule protest at the firm’s casino hotel Grand Lisboa.

Ms Chao said a few SJM Holdings employees are preparing a new action for the coming week. Workers plan to wear black shirts during the company’s celebration cocktail of the People’s Republic of China 65th anniversary, she said.

Forefront of the Macao Gaming has organised several worker protests on the streets since July on issues linked to pay and conditions in the Macau casino industry. The group estimated that about 7,000 people participated in a demonstration in August targeting all six casino operators, although police put the attendance at around 1,400 people.

Most of Macau’s casino operators are likely to generate positive free cash flow in the first quarter, given the robust recovery level of mass-market gross gaming revenue (GGR) in January, relative... END_OF_DOCUMENT_TOKEN_TO_BE_REPLACED