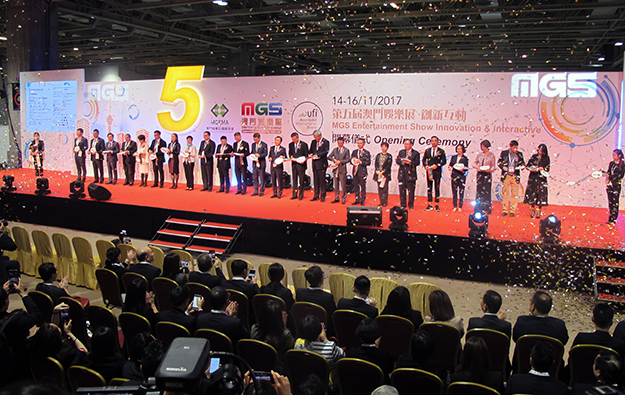 The event is organised by the Macau Gaming Equipment Manufacturers’ Association. Its chairman Jay Chun told GGRAsia on the sidelines of the opening ceremony that the number of exhibitors at this year’s event was similar to that of last year’s edition, at more than 160.

“Hopefully we can get more visitors” this year compared to the 2016 edition, Mr Chun said. He is also the chairman of Hong Kong-listed casino electronic games maker and supplier Paradise Entertainment Ltd.

Visitor attendance for last year’s edition of the event was the highest in the history of the trade show, according to figures from the organiser. The 2016 event welcomed a total of 14,847 visitors.

MGS Entertainment Show  – previously known as the Macao Gaming Show (MGS) – is an annual event based in the city and features a casino industry trade exhibition and conference. This year’s gathering is to run until November 16.

Mr Chun told GGRAsia that, under the agreement, both parties would work together for the next three years to put together panels on e-sports as part of the conference segment of the MGS Entertainment Show.