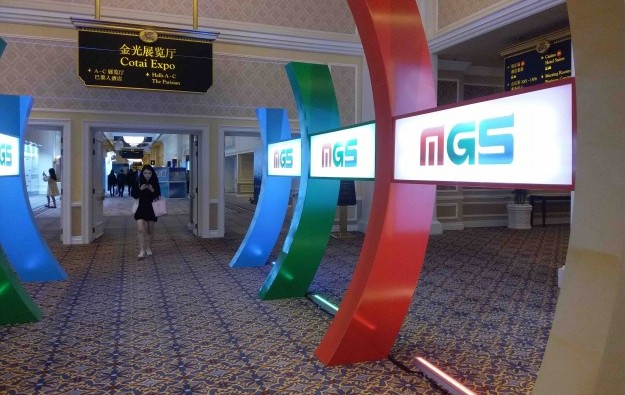 Businessman Jay Chun, head of the main promoter of the MGS Entertainment Show, a three-day Macau event that features a casino industry trade exhibition and conference, told GGRAsia he was “satisfied” with the 2018 edition.

Several casino sector exhibitors – that asked not to be identified – had expressed to GGRAsia concerns about a lack of foot traffic and more importantly a dearth of qualified buyers at this year’s event, which concluded on November 15.

Mr Chun told GGRAsia “no complaints” had been received by the organisers. “We did see management buyers that were from South Korea, Vietnam and Cambodia,” he told us.

The businessman is chairman of the trade show’s primary promoter, the Macau Gaming Equipment Manufacturers Association (MGEMA). He is also the chairman of Hong Kong-listed gaming equipment and casino services firm Paradise Entertainment Ltd, which makes and sells casino equipment under the LT Game brand and is a major exhibitor at the MGS event.

This year, the trade show had seen a total of 16,800 “entries and exits”, compared to approximately 15,270 “entries and exits” last year, said a reply sent by the main organiser. Its preliminary statistics did not include an estimate of unique visitors.

The 2018 edition covered 14,000 square metres (150,700 sq feet) of exhibition space, and attracted 163 exhibitors, said the hosts.  That was almost at par with the exhibitor tally for last year. A total of 40 out of the 163 exhibitors at the 2018 event were gaming equipment suppliers or providers of gaming-related technology and services; the tally of this type of exhibitors stood at 35 in last year’s edition, the trade show organiser noted to GGRAsia.

The annual MGS event, first held in 2013, was originally known as the “Macao Gaming Show” and was initially presented as a localised alternative to Global Gaming Expo Asia, a Macau trade event usually held in May by Reed Exhibitions and the American Gaming Association, a casino industry trade body.

Mr Chun told GGRAsia  he was satisfied with the overall 2018 offering, “especially the two summits” at the event. That referred to two conference tracks: one focusing on Asia’s land-based gaming industry; the other on digital entertainment and blockchain technology.

The trade show organiser told us an aggregate of 2,502 “attendees” was recorded for the two summits at this year’s MGS Entertainment Show.

A previous edition of MGS had featured online gaming companies on the trade show floor but such exhibitors were absent this year.

“For our show, we did not feature online [gaming] suppliers, but only the land-based ones… basically most of the Macau-licensed [gaming equipment] supplier firms have taken part in our show,” Mr Chun noted to us.

He said there would be a further expansion of non-gaming content in upcoming editions of MGS.

“Our new direction is that the show can become a one-stop shopping platform for integrated resorts, especially those that are looking for hotel supplies,” Mr Chun told GGRAsia.

For this year’s edition of MGS, the trade show had adopted a new name in Chinese, that translates as the “2018 Macau Leisure Technology Show”.

In 2018 – and for the first time – the event was jointly organised with several of China’s state-owned enterprises, namely Nam Kwong Culture and Creativity Industry Co Ltd, and China National Machinery Industry International Co Ltd. Mr Chun had noted in a September press briefing that the partnership with the state-owned companies would be for three years.