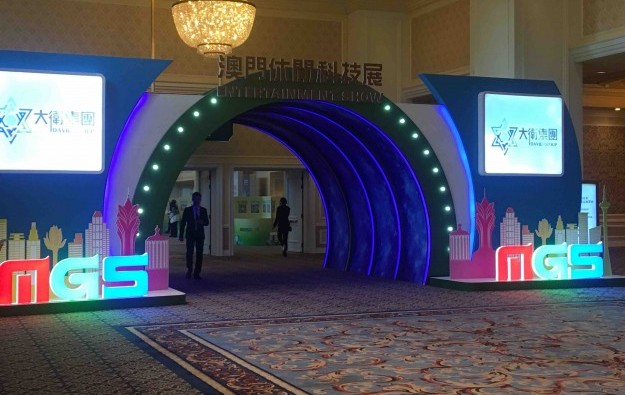 The MGS Entertainment Show 2019, a casino industry trade exhibition and conference that takes place in Macau, starts today (Tuesday). It runs until Thursday.

Paulo Martins Chan, director of Macau’s Gaming Inspection and Coordination Bureau, will give the opening speech on Tuesday at the MGS Entertainment Show’s conference segment, the MGS Summit, which features discussion on the regional casino sector.

Mr Chan was last week confirmed in his post at the Macau regulator – a body also known as DICJ – for a further year.

The summit will also have sessions on Wednesday about Japan’s nascent casino sector. Speakers include a senior official from Nagasaki prefecture – representing the Kyushu region’s interest in hosting a casino complex or integrated resort (IR) in the first phase of that country’s market liberalisation; and a representative from Wakayama prefecture’s IR promotion office; as well as a panel of experts from Japan discussing topics including planning for Japan’s IR market.

Also on day two of the summit, manufacturers of electronic gaming equipment will discuss how electronic gaming tables or “EGTs” could help the Macau casino industry in terms of diversifying its offer to consumers.

Scheduled speakers for that session include moderator Albert Yu, of Alphaslot; Jay Chun of the LT Game equipment brand of Paradise Entertainment Ltd; Ken Jolly of the Scientific Games marque; Lloyd Robson of the Aristocrat group; Kevin Lee of the Aruze Gaming group; Michael Cheers of the IGT brand; and Michael Hu of the Interblock gaming equipment brand.

MGS Entertainment Show – formerly known as the Macao Gaming Show – began in 2013 specifically as an annual trade show and conference for the regulated bricks and mortar casino industry in the Asia-Pacific region, but has since added other elements such as robotics, artificial intelligence and – recently – content on Chinese central government initiatives such as the Guangdong-Hong Kong-Macau Greater Bay Area.

This year’s edition of the MGS Entertainment Show – organised as were previous editions by the Macau Gaming Equipment Manufacturers’ Association – runs for three days, to Thursday November 14 inclusive. The event is being held in Cotai Expo at the Venetian Macao.

According to a press release from the organisers, issued on November 7, this year’s trade exhibition at MGS Entertainment Show will have 150 exhibitors from “industries related to hospitality and entertainment,” including 30 first-time exhibitors.

In the course of the first six editions, “MGS never stopped growing, doubling the number of visitors from 2013 until 2018, when it reached 16,800 attendees, and surpassing a 75 percent growth in terms of exhibition size,” said the organisers in the November 7 notice.

The Macau government announced on Tuesday tightening of its Covid-19 testing requirements for front-line casino staff, halving the interval between nucleic acid tests to every two days, from every... END_OF_DOCUMENT_TOKEN_TO_BE_REPLACED