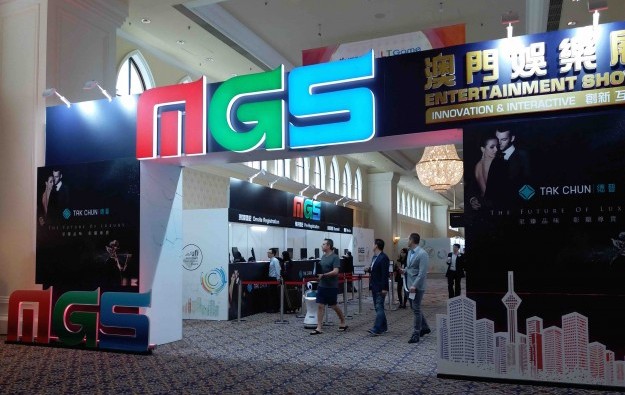 Attendance at this year’s three-day casino trade event and industry conference the MGS Entertainment Show, held in Macau, reportedly rose 2.6 percent compared to last year’s edition. The turnout was satisfactory, said casino equipment manufacturer Jay Chun, chairman of the organiser, in comments to GGRAsia, but he pledged to attract a greater number of international buyers to next year’s show via “better promotion strategies”.

The 2017 edition, which ran from Tuesday to Thursday, was held – as were previous editions – at the Venetian Macao casino resort. It drew 162 exhibitors and 15,234 visitors, according to a press release published on Thusday by the organiser, the Macau Gaming Equipment Manufacturers’ Association (MGEMA). The 2016 show had a total of 14,847 visitors.

“This year, we have managed to attract quite a good number of regional visitors, such as those from Japan… but for next year’s edition, we would like to attract more international visitors and buyers, with better promotion strategies,” Mr Chun remarked to us. He is also the chairman of Hong Kong-listed casino electronic games maker and supplier Paradise Entertainment Ltd, which sells equipment under the LT Game brand, and was also represented on the trade show floor.

“By this time of the year [November], there are still manufacturers that can put forward some of their latest products on display. So I don’t think our November scheduling [for MGS Entertainment Show] is much of a concern – being after some large gaming shows like Global Gaming Expo [G2E],” he added.

The focus of this year’s MGS Entertainment show was what MGEMA called “smart-city technology”, featuring exhibitors displaying products ranging from video surveillance and cloud computing, to manufacturers and developers of gaming equipment.

Mr Chun additionally noted that he had already received enquiries from some of this year’s video surveillance technology exhibitors that would like to participate in next year’s MGS Entertainment Show.

A Macau court was offered evidence on Monday, including of recordings from police-wiretapped telephone conversation, that the prosecution says proves the direct involvement of Levo Chan Weng Lin... END_OF_DOCUMENT_TOKEN_TO_BE_REPLACED