MGS Summit to mull gaming role in Belt and Road 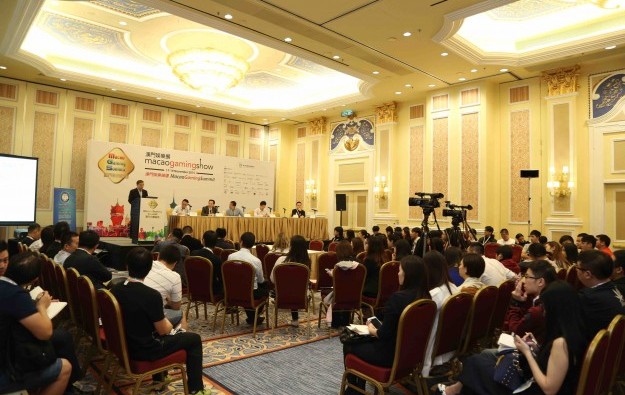 The conference portion of this year’s MGS Entertainment Show – known as the MGS Summit – will look at what role the casino industry might be able to play in China’s “Belt and Road” initiative. The latter is a set of policies being pursued by China’s central government that aims to link China’s economic development with that of countries along historic global trading routes.

MGS Entertainment Show – an annual event featuring a casino industry trade exhibition and conference, and previously known as the Macao Gaming Show (MGS) – will be held from November 14 to 16 at Cotai Expo at the Venetian Macao casino resort.

The event’s organiser, the Macau Gaming Equipment Manufacturers’ Association (MGEMA), said in a Thursday press release: “Titled ‘Smart City, Smart Economy’, the MGS Summit will place gaming at the heart of the trading and investment drive for the Belt and Road project and pose the question: ‘Can gaming deliver the key technological advances and financial solutions to inspire the ambitious cross-continental economic development plan?’”

The conference is scheduled to have nearly 20 discussion sessions on subjects including government partnerships; investment; new markets; developments in new technology including artificial intelligence; and how gaming and entertainment can appeal to so-called millennials: consumers that came to adulthood at the turn of the 21st century.

He said in a prepared statement in the release: “This year’s MGS Summit has to examine the rising forces within our industry, such as new platforms, artificial intelligence, virtual reality and payment systems, and see how they can pioneer a smarter business ethos across all industries and communities and drive a smarter and healthier economy.”

He added: “The gaming industry has an opportunity to ensure that our new technology can make cities prosperous both financially and through exciting innovations that bring greater entertainment, education and efficiency to every level of our community.”

The roster of speakers and sessions for the conference will be announced later, said the organiser.

“From a practical viewpoint, it seems quite difficult” for Japan’s national authorities to be able to make a decision by the end of the calendar year, on respective proposals by Osaka... END_OF_DOCUMENT_TOKEN_TO_BE_REPLACED