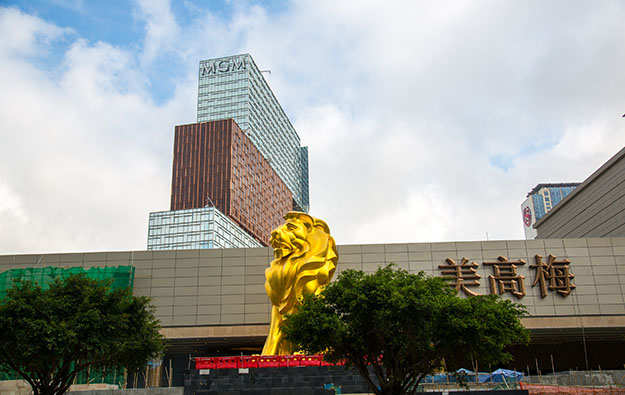 The Macao Government Tourism Office (MGTO), the body responsible for authorising hotel operations in the city, declined in an emailed response to GGRAsia on Monday to give a clear public commitment to a schedule for issuing the operating licence for the hotel at MGM Cotai (pictured). The HKD27-billion (US$3.45-billion) casino resort has been developed by Macau-based gaming operator MGM China Holdings Ltd.

“MGTO informs that there is no update at this moment to provide,” said the tourism bureau.

“The licence application for the opening of the five-star hotel MGM Cotai and establishments inside the property still waits for favourable opinions from related technical departments,” added MGTO.

According to information on the tourism bureau’s website, the issuance of a hotel licence requires approval from several other government departments, including for licences related to fire safety, water supply and power equipment.

When GGRAsia enquired on Monday about booking at MGM Cotai a room for Chinese New Year eve, on Thursday February 15 – a date China’s State Council has declared the first day of the holiday marking the Year of the Dog – the person answering the call said: “We can’t take any more bookings for this month because the hotel is fully booked.”

But the person added: “I am not sure when the hotel can open. But bookings for February 13 onwards, should not be affected.”

In early January, MGM China said the new property was likely to have a “grand opening” on February 13.

But last week Maria Helena de Senna Fernandes, director of MGTO, said that the body could not guarantee that MGM Cotai would have its hotel licence ahead of the Chinese New Year period.

MGM China said late last month that the opening of MGM Cotai had been delayed to February. The firm had stated previously that the property was scheduled to open on January 29. The exact new opening date has not yet been confirmed by the casino operator.