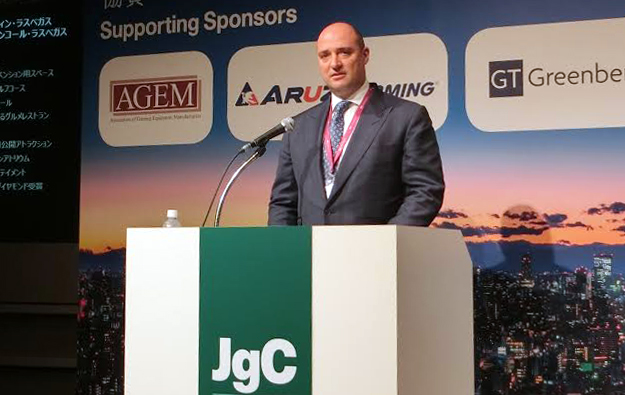 United States-based casino operator Wynn Resorts Ltd will aim for innovative forms of business tourism and entertainment in its plans for a so-called integrated resort in Japan.

That was the view expressed on Thursday by Matt Maddox (pictured), president of Wynn Resorts, a group currently with casino operations in the U.S. and Macau, and eyeing – like many of its large-scale peers – to expand to Japan.

Mr Maddox was speaking during a company presentation on the second day of the Japan Gaming Congress in Tokyo. The two-day conference about the planned Japanese casino sector is organised by Clarion Events Ltd.

The Wynn Resorts executive said one of its Japan strategies would be to focus on meetings, incentives, conferences and exhibitions (MICE). “It is MICE but it has got to be MICE 2.0,” Mr Maddox said. “It has got to be something more interactive,” he added, saying the firm was currently experimenting with some new concepts in that field in the U.S.

Legislation making casino gambling legal in Japan came officially into effect on December 26. That piece of legislation – referred to by its supporters prior to its enactment as the Integrated Resorts Promotion Bill – got the final approval from Japan’s parliament on December 14.

The same panel suggested that prefectural governments and those of designated cities should respectively link with casino operators in order to submit jointly an integrated resort proposal. These proposals would then be reviewed at a national level, by the Land, Infrastructure, Transport and Tourism Ministry, which would select the projects to be implemented.

Some Macau casinos visited by GGRAsia on Thursday, actually had tables that were closed, notwithstanding strong consumer demand during Chinese New Year (CNY). The reasons for some tables being... END_OF_DOCUMENT_TOKEN_TO_BE_REPLACED