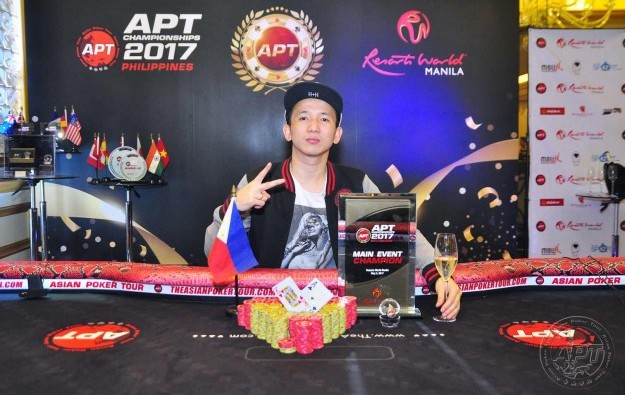 Professional poker player Mike Takayama (pictured) from the Philippines was the winner of the main event of the Asia Poker Tour (APT) Championships Philippines 2017. The player took home US$105,530, according to a Thursday press release from the tournament organisers.

The APT Championships Philippines is being held at the Resorts World Manila casino property in the Philippines, from April 26 to May 7. Several side events have been scheduled to follow Wednesday’s main event.

South Korea’s Kim Gab Yong won the High Rollers event, taking home the US$50,520 prize. It was the player’s second victory in the competition, having won the Head Hunter event earlier in the tournament.

The next event in the APT’s calendar is the APT Philippines 2017, to be held from July 19 to 27, also at Resorts World Manila.

Most of Macau’s casino operators are likely to generate positive free cash flow in the first quarter, given the robust recovery level of mass-market gross gaming revenue (GGR) in January, relative... END_OF_DOCUMENT_TOKEN_TO_BE_REPLACED