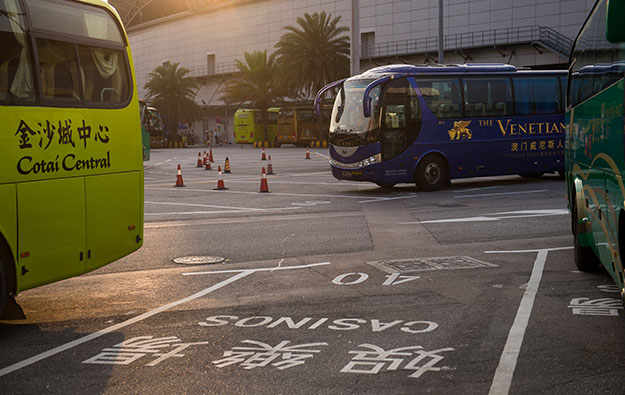 Tourists from neighbouring Guangdong are likely to be the main component of Macau’s visitors during the upcoming Golden Week holiday starting on Thursday (October 1), a representative from the Travel Industry Council of Macau has told GGRAsia.

But tourist volume might be well under half that recorded in the same period last year, due this year to the ongoing economic and social impact of Covid-19 in mainland China, said Wong Fai, the trade body’s director.

Starting from September 23, applications for exit visas for exit visas – including those under the Individual Visit Scheme (IVS) – resumed nationwide in mainland China. Such application procedures had been reinstated for travellers from across Guangdong, with effect from August 26.

“For this Golden Week, if we could see at least 30 percent of the visitor volume we had in the same period last year, it would be pretty satisfactory,” said Mr Wong. China’s autumn Golden Week runs from October 1 to October 8 this year, which is one day more than the same holiday period last year.

Macau received 984,996 visitors during autumn Golden Week in 2019, 81 percent of them from mainland China, according to statistics from Macao Government Tourism Office (MGTO).

“We expect that for this upcoming Golden Week, Guangdong visitors should remain our main source of tourists,” Mr Wong said.

He noted that across mainland China, issuance of exit visas for tourism now requires longer – at least seven working days – compared to before Covid-19, when the process was automated. Now, mainland residents have to apply for the visas in person and go through a manual application process at a relevant government office.

“We did also receive some news that certain institutions – such as some state-owned enterprises and schools – have advised their people not to leave their [mainland] city or province of residence during the long holiday,” Mr Wong stated.

“We saw examples like this in Guangdong. But we do not think that this is a nationwide, government requirement but rather decisions made by some institutions on the mainland, as a precaution against Covid-19 infection.”

The travel industry council boss said he hoped to see a greater number of mainland Chinese tourists from beyond Guangdong province, heading to Macau in the middle or latter half of the Golden Week vacation period.

“We did see increasing enquiries [from mainland Chinese tourists] about the offers here when we are now closer to the Golden Week vacation,” Mr Wong told us.

“The hotel occupancy here will definitely improve in this holiday period from the preceding months, but possibly not to the point of full occupancy,” at any properties, he added.