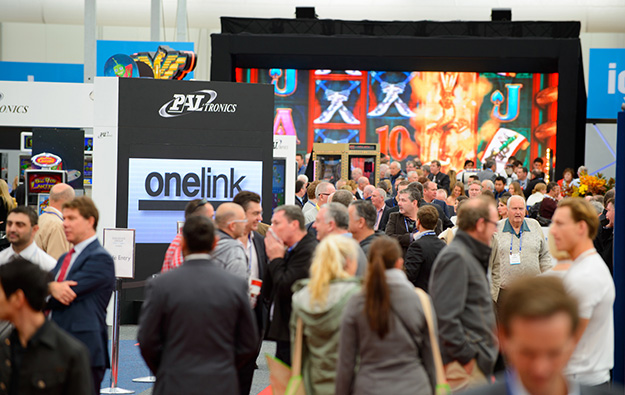 The Australasian Gaming Expo (AGE) is expected to break new records this year in terms of the number of exhibitors and visitors, thanks to an increase in attendees from overseas, said its organiser, the Gaming Technologies Association.

The three-day AGE will be held at the newly-built International Convention Centre Sydney at Darling Harbour in Sydney, New South Wales, from August 15 to 17.

“It’s going to be a milestone trade show for us because the show is moving to the new ICC, which is certainly a world-class facility,” said Adrian Halpenny, chairman of the Gaming Technologies Association. The previous three editions of AGE took place at the Sydney Convention Exhibition Centre at Glebe Island.

Speaking on the sidelines of the Global Gaming Expo (G2E) Asia 2017, a three-day gaming trade show held from May 16 to 18 in Macau, Mr Halpenny said a total of 222 exhibitors have so far signed up for AGE 2017. They include major gaming companies with international footprints, as well as gaming machine and equipment suppliers.

“We’re expecting another record year: we have had strong growth throughout the last two or three years… and we’re expecting a huge uptake this year in terms of visitation,” he said. The new venue will help the show to draw a greater number of international visitors, mainly from Asian countries, including the Philippines, he added.

Visitor attendance for last year’s edition of AGE was the highest in the 27-year history of the event, according to figures from the organiser. The three-day gathering welcomed a total of 6,813 visitors and 195 exhibitors.

Apart from a new location, there will also be a number of complementary seminar sessions held at the first two days of AGE, which will be “a nice addition” to the show, Mr Halpenny added.

The organisers announced this week seven seminars would be held concurrently with AGE this year, focusing on various topics from the new integrated resort developments in the Asia-Pacific region in the next five years to the current and future trends of the gaming industry.

A highlight of the seminars is a panel of chief executives from the global gaming industry. It will include senior management from top gaming equipment manufacturers Ainsworth Game Technology Ltd, Scientific Games Corp, Interblock DD, Konami Gaming Inc, Aristocrat Leisure Ltd and IGT International, who will provide insights of the industry.

Similar to the arrangement of G2E Asia this year, there will also be a daily newspaper that will be published over the three days of the 2017, to provide visitors and exhibitors with updates of the new gaming products and industry news, said Mr Halpenny.

“There’re a lot of businesses getting done in our show and a lot of products that target specifically at the region get released [in AGE],” he added. “It has become another timely platform [for suppliers] to start release new products to the market.”