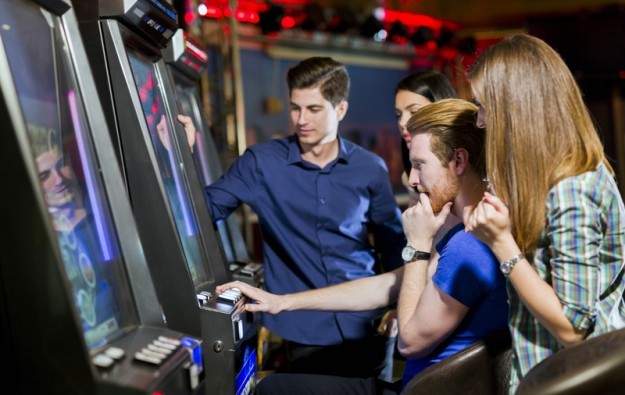 The so-called Millennial generation of young adults in the United States – those born between 1977 and 1995 – are more likely to respond emotionally to a casino brand than to the incremental benefits of a casino loyalty programme.

So suggests a new paper published by the Center for Gaming Research at the University of Nevada, Las Vegas (UNLV). It gives no insight into whether the same behaviour patterns are likely to be seen in Asian casino gaming markets. It does however suggest another aspect of consumer behaviour that has been reported by researchers and commentators on the Macau casino market: that as customers age, they spend more on gambling relative to their younger peers.

The tricky part, says the paper, is attracting and retaining the loyalty of customers in the Millennial demographic group.

“Players clubs and targeted marketing techniques which proved so effective in the 2000s are increasingly ineffective; this customer eschews the incremental loyalty that was the hallmark of this visitor. Rather the drivers of loyalty are both functional and emotional,” stated the paper from Las Vegas-based Oliver Lovat, described as a Fellow of the Royal Institution of Chartered Surveyors, a professional body based in the United Kingdom.

The paper is called “Elvis Who? Understanding, Attracting and Retaining the Next Generation of Las Vegas Customer”. The title plays on the differences between the ‘old’ Las Vegas of the 1950s, 60s and 70s – with entertainment from the likes of singer Elvis Presley and so-called ‘Rat Pack’ members such as Frank Sinatra and Dean Martin – and the ‘new’ Las Vegas of more recent times.

The paper is said to be based on a survey of Millennials and covers attitudes and behaviour on a range of topics including: frequency of visits to Las Vegas in the 12 months prior to the survey; the reason for such visits; the number and type of travelling companion for the respondent; and the amount spent during the visit on different activities, including bars, nightclubs and gambling.

“We… note that as the customer becomes older, they spend more on gaming,” said the paper.

When asked by the survey to give their view on the statement: “I would rather spend US$1,000 on food and alcohol than on gambling,” approximately 30 percent of 26- to 30-year-olds surveyed said that was “somewhat true”; with fewer than 10 percent of respondents saying that this was “completely false”.

Among the 31- to 35-year-olds surveyed, a total of 50 percent responded to the same observation as being “completely false”, although slightly more than 30 percent agreed it was “somewhat true”.

“In a functional sense, in attracting this segment of visitor we note that there are three primary drivers in the decision-making process in choosing which property to stay in: room pricing, reputation and range of amenities. In an emotional sense, we note that the drivers of loyalty are based around concepts of community and shared experiences, rather than aspiration and service drivers,” added Mr Lovat.

According to the paper, 33 percent of the Millennials that visit Las Vegas spend under US$200 on gaming. However, nearly 25 percent spent more than US$1,000 on gaming – with 2.3 percent of the sample spending in excess of US$5,000. Mr Lovat notes that “the players who spend the most on gaming (over US$1000) are those that typically have been to Las Vegas the most often”.

The survey also noted that Millennials visit Las Vegas more frequently than their older peers, and – in an era when domestic migration has spread family members and friends around the country – they use the city as a social meeting point for that diaspora generation, rather than specifically as a place to gamble.

Citing other research, the paper suggested there are 80 million Millennials in the U.S., making up approximately 25 percent of the country’s population; and meaning their generation is larger in demographic terms than that of the Baby Boomers (born in the period 1946 to 1964) and three times the size of Generation X (1965-1976).

Paradise Co Ltd, an operator of foreigner-only casinos in South Korea, reported casino revenue of nearly KRW48.65 billion (US$39.8 million) for January 2023, according to a Thursday filing to the... END_OF_DOCUMENT_TOKEN_TO_BE_REPLACED