Mktg spend must rise if Cotai to expand GGR: Nomura 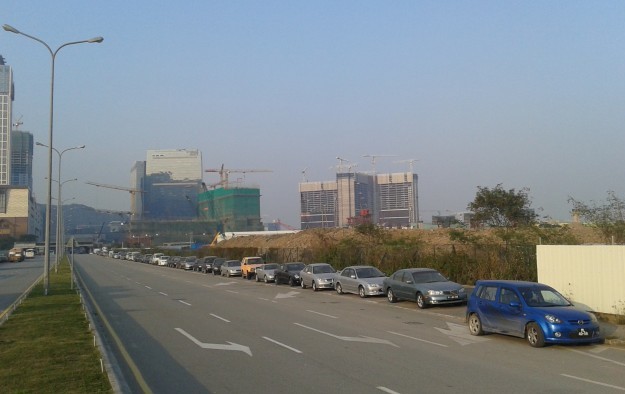 Japanese brokerage Nomura has given a cautious assessment of likely trading conditions for Macau casino operators during 2016, despite five huge new multibillion U.S. dollar resorts opening on Cotai over an 18-month period starting from late May this year.

In a report titled “Built it and they won’t come”, the authors state: “Unless operators invest significantly in marketing, the new builds are unlikely to create much incremental demand. We expect downward gross gaming revenue (GGR) revisions for 2016 in the near term as Studio City’s results are disappointing and will probably trigger the sell side [analysts and investors] to re-evaluate their expectations for all future new builds.”

Until relatively recently, there had been some optimism in the investment community that the opening of new properties would create incremental demand – especially among Chinese tourists – for gambling in Macau.

Galaxy Macau Phase 2 and Broadway at Galaxy Macau, opened on May 27, at a combined cost of HKD24.6 billion (US$3.2 billion), according to their developer Galaxy Entertainment Group Ltd. Together they have a number of features designed to appeal to non-gamblers, including a shopping mall, a theatre and a man-made river ride.

Studio City, 60 percent owned by Melco Crown Entertainment Ltd, cost US$3.2 billion and opened on October 27 with a range of non-gaming attractions designed to appeal to mass-market tourists and aimed at fulfilling the Macau government’s call to develop general tourism in the city.

Macau’s casino GGR for November fell by 32.3 percent year-on-year to approximately MOP16.43 billion (US$2.06 billion), according to data released on Tuesday by the city’s regulator, the Gaming Inspection and Coordination Bureau.

November has been typically a weaker month than October for Macau GGR even in the boom years. The October numbers are usually supported by China’s Golden Week holiday. But nonetheless a number of analysts have expressed concern that the recent Macau property openings have not supported the local casino industry to the extent that investors had hoped.

“Implied daily GGR for the last week of November and month-end is approximately MOP550 million, which is disappointing because the run rate pre-Studio City’s opening was approximately MOP600 million,” noted the Nomura report, referring to the Macau market performance as a whole.

“With yield per visitor trending down, the number of incremental visitors needed rises every month,” the Nomura team added.

Through the first 10 months of the year, Macau visitor arrivals were down 2.6 percent year-on-year.

“Incremental contributions to the market from the first full month of Studio City were largely indiscernible in the results,” said a note on Tuesday from Carlo Santarelli and Danny Valoy of Deutsche Bank Securities Inc, commenting on the November GGR figures.

The news from the investment sector also has some positives. A report from UBS Securities Asia Ltd issued on Monday, gave the results of a survey it said had been conducted among 510 mainland Chinese gamblers from Macau’s mass segment.

Among the respondents, 56 percent believed they would visit Macau more often because of the new casinos, with Studio City more favoured than Galaxy Macau Phase 2 among recent openings; and another resort, Sands China Ltd’s The Parisian Macao – still under construction – preferred among the upcoming Cotai resorts as a place for a future visit. The US$2.7-billion Parisian is on track to open in the second half of 2016, according to company statements.

Wynn Palace, from Wynn Macau Ltd, has a price ticket of US$4.1 billion. The parent Wynn Resorts Ltd said in a filing on November 18 that it was putting back the opening date by three months, to June 25, citing construction delays.

The HKD24-billion MGM Cotai, from MGM China Holdings Ltd, is due to open in the fourth quarter 2016. SJM Holdings Ltd is committed to spending HKD30 billion on a new Cotai project called Lisboa Palace, due to be completed at the end of 2017.

Nomura said in a report on November 24 that it expected “low-single-digit” return on invested capital for new Macau projects in the first year of their operation, but that such returns would be “fully ramped” to 15 percent in the third year of operation.

There was nonetheless an air of caution on Tuesday among some analysts regarding what short-term positive impact, if any, Chinese government policy would have on China’s mass-market consumer spending – a force that most analysts believe underpins the future earnings of the Macau casino industry.

Wells Fargo Securities LLC noted that day that despite the Chinese government’s fiscal spending growing at the fastest rate for three years, most of it appeared to be going toward domestic welfare rather than economy-stimulating infrastructure projects.

“This is consistent with our view that the [Chinese] government’s aim is to stabilise China’s economy, not light a fire underneath it. This is one of the reasons we have not become more constructive on Macau gaming and why we firmly believe we will not see another V-shaped recovery [in Macau GGR] à la 2010 and 2013,” stated analysts Cameron McKnight and Robert Shore.

Macau’s casino gross gaming revenue (GGR) for the first five days of February is estimated at MOP1.9 billion (US$235.1 million) – or MOP380 million per day – a level that suggests a “45... END_OF_DOCUMENT_TOKEN_TO_BE_REPLACED