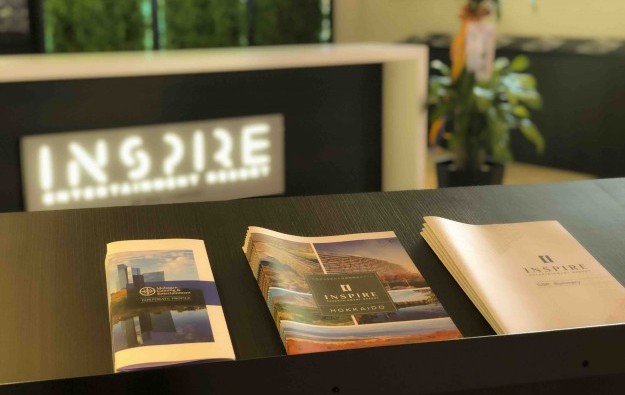 The promoter of the Inspire Entertainment Resort, a project with a foreigner-only casino, in Incheon, South Korea, has been granted a one-year postponement on the first-phase opening, it said in a Wednesday email announcement.

GGRAsia got confirmation in January that U.S.-based tribal casino operator Mohegan Gaming and Entertainment had asked the country’s government for a delay to the “first half of 2023”.

A representative from South Korea’s Ministry of Culture, Sports and Tourism separately confirmed to GGRAsia on Thursday its Wednesday approval notice.

The delay comes against the background of the Covid-19 pandemic. Another casino resort scheme at Incheon – controlled by an entity called R&F Korea – near the country’s capital Seoul, was recently also given a one-year extension on the timing of its first-phase opening.

Mohegan Gaming said in its Wednesday statement, that the ministry had given permission for Inspire to have an additional facility, described as an “outdoor themed attraction zone”.

Andrew Billany, chief executive of Inspire, said in a statement in the email announcement: “We are thrilled to hear the news of the awaited business plan change approval from the government.”

He added: “We plan to normalise the resort construction shortly, [and] fully dedicate our efforts on securing financing.”

In January a spokesperson for the scheme had told GGRAsia the Covid-19 pandemic had “slowed progress” in the construction of Inspire Korea, as well as its financing.

In late March the casino group announced the appointment of its former president and chief executive Bobby Soper, as the company’s international president. He will be responsible for the group’s expansion plans in Asia.

Wednesday’s statement reiterated the group had “committed an additional US$$200 million in November last year,” which it said was sign of the firm “solidifying” its commitment to build the venue.

The casino resort has been described by its promoter as a multiphase, multibillion-U.S. dollar scheme.

According to Inspire Korea’s website and information previously published by Mohegan Gaming, the resort facilities will include over 1,250 5-star hotel rooms, a 15,000-seat indoor arena, 40 food and beverage outlets, a convention center, an indoor water park dome; as well as a foreigner-only gaming venue with 160 table games and 700 slot machines. The newly-announced element is a family-focused outdoor entertainment zone.

Macau recorded on Saturday (October 1) its highest daily total of visitor arrivals since the mid-June local Covid-19 outbreak, according to preliminary data released by the city’s police. The... END_OF_DOCUMENT_TOKEN_TO_BE_REPLACED