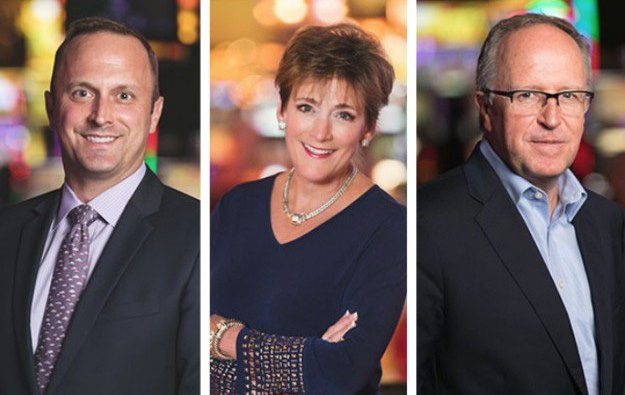 Mohegan Gaming and Entertainment (MGE) has announced a trio of new senior executives. The United States-based casino company, also known as Mohegan Sun – which is making its first foray into casino operations in Asia via the Inspire project in South Korea – said the new appointments would consolidate its position as a “leader in integrated resort experiences”.

“As MGE develops into the premier global gaming and entertainment company over the coming years, the investment of time and effort we are dedicating to forming a highly-experienced and skilled senior executive team will undoubtedly result in solidifying our position as a worldwide industry leader in integrated resort experiences,” said Mohegan Sun chief executive Mario Kontomerkos in prepared remarks contained in a press release on the newly-hired people.

Mr Kelley was formerly an investment banker, specialising in gaming, hospitality and leisure. As finance chief, he will direct all aspects of the finances of Mohegan Sun, and communicate with the Mohegan Tribal Council and its chairman about all financial matters. His career has includes stints with Merrill Lynch and Co, Bear, Stearns and Co Inc, and Jefferies LLC. Mr Kelley has been in the Mohegan Sun CFO role since the start of June, filling a position that has been vacant since October, when Mr Kontomerkos was promoted to his current role.

Mr Kelley was – according to the latest announcement – previously a senior executive at ARC Group Worldwide Inc, a manufacturer of precision metallurgic products and advanced 3D printing.

Ms Kenney was previously vice-president of human resources of The Hartford Financial Services Group Inc a post she held for 11 years.

Mr Lindsay has worked for The John Buck Co and casino operator Kerzner International Ltd, and has experience of developing resorts in the United Kingdom, Germany, India, Mexico and the United Arab Emirates. At Mohegan Sun, he will direct business development, including striking what his new employer referred to as “strategic deals” in the U.S. and abroad.

Mohegan Gaming is spending US$1.6 billion on the first phase of Inspire, next to Incheon International Airport, and which is due to open in 2021. The company has also made a preliminary pitch for a Japan regional casino licence.

The firm announced its adjusted earnings before interest, taxation, depreciation and amortisation dipped by 1.2 percent in year-on-year terms in the fiscal third quarter. For the period ending June 30, adjusted EBITDA was US$88.2 million

The imminent return of package tours from mainland China will not only help boost Macau’s tourism businesses, but is also expected to help casinos gain more foot traffic in their mass gaming... END_OF_DOCUMENT_TOKEN_TO_BE_REPLACED