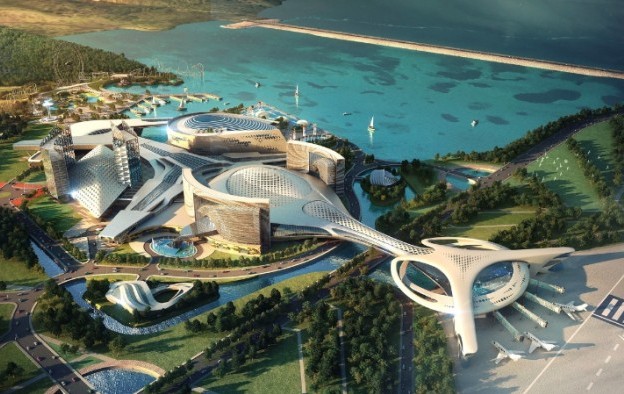 U.S. regional tribal casino operator Mohegan Tribal Gaming Authority, known as Mohegan Sun, announced on Tuesday it has finalised what it referred to as a “concept agreement” for a casino resort it hopes to develop in South Korea. The project, first announced in April, is to be in partnership with South Korea’s Incheon International Airport Corp (IIAC).

The project is still subject to Mohegan Sun securing a gaming licence from South Korea’s Ministry of Culture, Sports and Tourism, the release added.

The integrated resort would have a two-tower luxury hotel complex with 1,000 rooms, a private air terminal, and more than 18,500 sq. metres of shops, restaurants, art exhibition and music entertainment areas, including “a Korean village celebrating Korean food and music, and a Native American cultural and arts experience”.

There would also be what Mohegan Sun described as a “Korean cosmetic and beauty hub” at the resort, along with an amusement park and a 20,000-seat arena. All the facilities will be developed in the grounds of Incheon International Airport.

The companies estimate the construction cost for the private air terminal at US$35 million, with a further US$320 million to be spent on the entertainment arena and US$140 million for the theme park. The statement did not provide an estimated cost either for the hotel towers or the casino.

The airport, serving the country’s capital Seoul, is one of the largest air transport hubs in Asia, catering for more than 45 million passenger trips in 2014, according to the country’s Yonhap news agency.

Mohegan Sun claimed in its statement that the proposed integrated resort would “lead a paradigm change from shopping-centred tourism to culture and entertainment-based tourism”, and would complement a neighbouring casino resort called ‘Paradise City’  being developed on land near the airport.

In November, South Korean casino operator Paradise Co Ltd broke ground for the US$1.7 billion Paradise City. The development, in partnership with Japan’s Sega Sammy Holdings Inc, is scheduled to open in 2017.

“We are pleased to progress to the next stage of our proposed partnership with IIAC by finalising a conceptual agreement on Inspire,” the president of the Mohegan Sun Tribal Gaming Authority, Bobby Soper, said in its statement.

“We are excited to extend the unique Mohegan Sun brand with the support and collaboration of IIAC as we work to develop a must-visit destination. We also look forward to playing a meaningful role in contributing to Korea’s dynamic economy,” he added.

The first phase of the scheme is expected to contribute US$1.6 billion in foreign direct investment to South Korea and create approximately 24,000 jobs, said Mohegan Sun in Tuesday’s statement.

“We believe that when combined with our existing services and amenities, Inspire will not only cement Incheon Airport’s position as the best airport in the world but also as a top leisure destination in Asia,” said Park Wan-su, president and chief executive of Incheon International Airport Corp, in comments in the same statement.

The goal is now to sign an agreement by the end of the year on “the scope of work proposal”, Mohegan Sun said.

Mohegan Sun is not the only casino operator eyeing a partnership with Incheon International Airport Corp. South Korean gaming operator Grand Korea Leisure Co Ltd confirmed in a filing last month that it has signed an agreement with the operator of South Korea’s main international airport for use of land to build a casino resort.

Mohegan Sun had previously been linked in South Korean media reports to a possible partnership with Grand Korea for a South Korean casino resort, but both sides appeared to discount such a possibility.

Macau casino operator MGM China Holdings Ltd had a “record” market share in January, and its venues were the “highest-earning businesses” in the portfolio of the majority owner MGM Resorts... END_OF_DOCUMENT_TOKEN_TO_BE_REPLACED