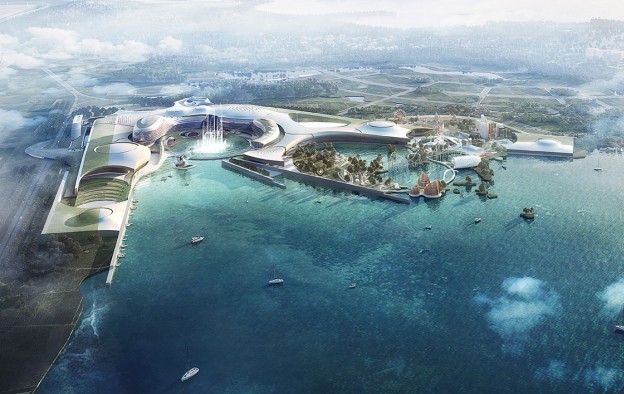 A consortium led by U.S.-based Mohegan Tribal Gaming Authority – also known as Mohegan Sun – on Monday signed a land lease agreement with Incheon International Airport Corp for a site on which to build a casino resort. The land is near the airport on Yeongjong Island, South Korea, and near the country’s capital Seoul.

Inspire Integrated Resort is developing the scheme on a 2.6-square-kilometres (1.0-sq-mile) site on Yeongjong Island, reported South Korea’s Yonhap news agency. The lease on the land is valid for 50 years.

The consortium led by Mohegan Sun has been awarded a casino licence by the South Korean government, as part of an integrated resort licence bidding process initiated in 2015. The winning consortium includes two other partners: South Korean chemicals manufacturer KCC Corp; and Incheon International Airport Corp, the operator of the airport.

“With the agreement, we have acquired the space to build the integrated resort,” said Kang Yeon-sop, the head of Inspire Integrated Resort, during a signing ceremony, as quoted by Yonhap. “We aim to present Northeast Asia’s largest resort, expecting about 10 million tourists annually,” he reportedly added.

The first phase of the Inspire Integrated Resort project (pictured in a rendering) has an estimated budget of US$1.6 billion, with a total commitment of US$5 billion over multiple phases, according to Mohegan Sun.

The scheme would include a casino with 250 gaming tables and 1,500 slot machines; a three-tower luxury hotel complex with 1,350 rooms; a 15,000-seat arena; a Paramount Studios theme park; and an ecology-themed adventure park.

The licence allows the consortium to set up a foreigners-only casino. The scheme – Mohegan Sun’s first venture outside of North America – is scheduled to begin operations by 2020.

The new property is expected to break ground in 2017, Bobby Soper, president of Mohegan Sun, told GGRAsia in February.

Mohegan Sun said at an investor presentation earlier this year that it anticipates the Inspire Integrated Resort will have “a more balanced mix of gaming and non-gaming [revenue] than currently seen in other Asian resorts”.

The company expects gaming revenue to be “primarily from the premium mass segment, helped by airport proximity”. Only about 20 percent of gaming revenue is anticipated from VIP play, the firm added.

Incheon’s airport, serving the capital Seoul, is one of the largest air transport hubs in Asia, catering for more than 49.3 million passenger trips in 2015, according to official data. In the first six months of 2016, the airport handled 27.6 million passengers, up by 13.9 percent year-on-year.

The airport is currently building an additional terminal to increase its annual capacity to about 62 million passengers by 2017.