Mohegan Sun to break ground for Korea scheme by end 2017 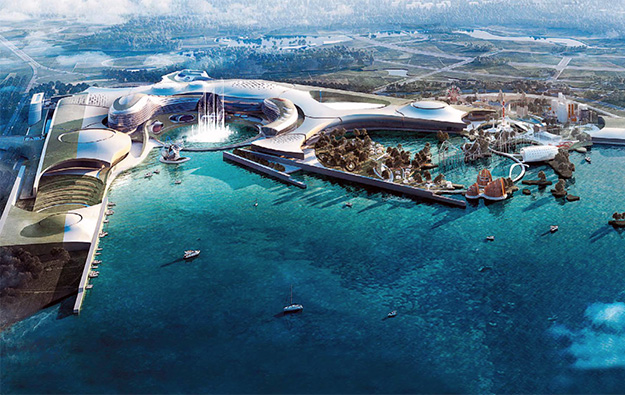 U.S. regional tribal casino operator Mohegan Gaming and Entertainment says it plans to start construction of its new casino resort in Incheon, near South Korea’s capital Seoul, before the end of 2017.

“The company is well into the planning stage of its [South] Korean joint venture, project Inspire, where we anticipate breaking ground before the end of calendar 2017,” company chief executive Mitchell Etess said in a statement included in the firm’s latest results announcement.

Mohegan Gaming and Entertainment was until recently known as Mohegan Tribal Gaming Authority. The casino operator announced a rebranding exercise last month. “The name change better represents Mohegan Gaming and Entertainment’s growing domestic and international portfolio of integrated resorts, and further aligns its all-encompassing brand image as an entertainment destination with future expansion plans,” the firm said at the time.

The company stated in the results announcement – released on Thursday – that its capital expenditure for the Inspire project (pictured in an artist’s rendering) stood at US$14.6 million for the nine months ended June 30.

The U.S. casino firm – also known as Mohegan Sun – is one of the investors in the project. The other consortium partner is South Korean chemicals manufacturer KCC Corp. The Incheon International Airport Corp, the operator of the air hub next door to the project, is also involved in the scheme.

The first phase of the scheme has an estimated budget of US$1.6 billion, with a total commitment of US$5 billion for multiple phases over a period of 20 years, according to previous information from Mohegan Gaming and Entertainment. The firm has previously stated it targets a project opening for 2020.