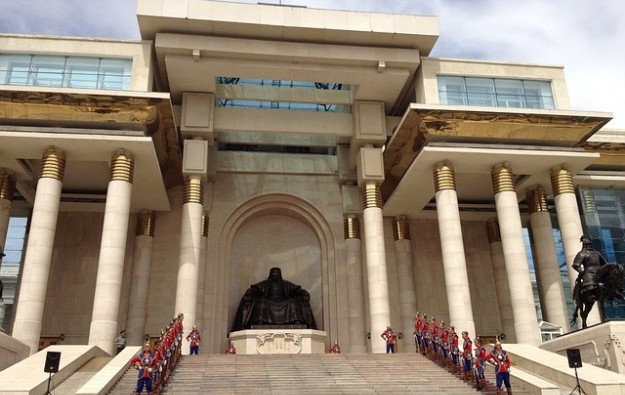 Mongolia’s parliament may vote as early as this week on draft legislation to allow multi-billion dollar casinos in the country, Reuters news agency reports.

At a meeting on February 12, the country’s Cabinet Secretariat approved a draft of a bill that would target private partnerships to build two casino resorts in the country, the media outlet reported citing an email from Mongolia’s Ministry of Justice.

The move comes as countries across Asia, from South Korea to the Philippines, are attracting large-scale casino resorts to lure the region’s wealthy gamblers, particularly from China.

According to the ministry’s email, the country’s parliament (pictured) has an opportunity to vote on the bill this week. The vote however may not take place before the parliament breaks for recess for Mongolia’s lunar new year on Wednesday, February 18.

The bill comes with restrictions that would bar Mongolians from playing at the casinos, similar to countries like Vietnam and South Korea, an unidentified member of the working party that drafted the bill told Reuters.

The proposed bill has not specified potential casino locations, but the working party member was quoted saying one option would be the Khushigt International Airport, currently under construction with Japanese partners Mitsubishi Corp and Chiyoda Corp taking lead roles.

The casino would likely be fully owned and operated by private investors as part of a larger effort to create centres for tourism to boost the industry.

According to local media, this would be the fourth time that Mongolia tries to pass a casino bill. In 2010, legislation permitting casinos was rejected because of concerns over corruption and social issues.

The long-awaited new outdoor theme park at Resorts World Genting, Malaysia’s only casino resort, is impressive, but likely to be “loss-generating due to heavy depreciation”, says a Thursday... END_OF_DOCUMENT_TOKEN_TO_BE_REPLACED