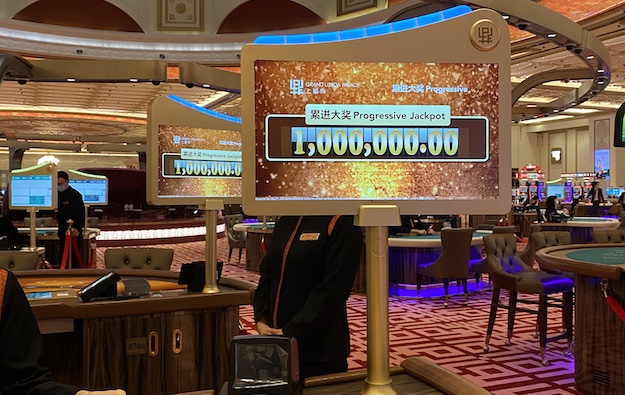 At the same time, Moody’s has downgraded to ‘B1’ – a rating where the obligation is judged as of “high credit risk” – from ‘Ba3’, the backed senior unsecured ratings on the bonds issued by an associated entity, Champion Path Holdings Ltd, that are guaranteed by SJM Holdings.

“The ratings remain on review for further downgrade,” stated Moody’s in a Friday memo.

“The downgrade is mainly driven by the slower recovery prospects for SJM’s gaming revenue during 2022-23 than we previously expected,” said Sean Hwang, a Moody’s assistant vice president and analyst, as cited in a release on the rating change.

He added: “The company’s continued cash burn in 2022 because of the persistently weak operating environment amid China’s enduring Covid-19 restrictions, and the expected gradual recovery starting only from 2023, suggest that SJM’s financial leverage will remain elevated over the next few years.”

The analyst further stated: “The rating review continues to reflect SJM’s weak liquidity because of the company’s delay in refinancing its loan maturity with long-term debt. SJM’s ratings are likely to be confirmed once the refinancing is completed.”

The casino firm has been negotiating to increase the size of its lending from the banking sector, and push back maturity dates on such debt.

Earlier this month, SJM Holdings said it had the option of asking for a HK$5-billion (about US$637-million) loan from its largest shareholder STDM, if faced with liquidity problems.

Moody’s also said in the update it had lowered its forecasts for the city’s mass-market casino gross gaming revenue (GGR) in 2022 and 2023 to around 40 percent and 80 percent of 2019 levels, respectively.

The ratings house stated that SJM Holdings’ overheads were likely to “continue to increase in 2022-23, compared with 2021 levels”, because of the phased opening of its HKD39-billion (US$5.0-billion) Cotai resort, Grand Lisboa Palace (pictured), which had a first-phase launch at the end of July 2021.

Moody’s also observed: “There is also the risk of potential further closure of SJM’s satellite casinos, which could increase SJM’s operating costs as the company will need to bring the associated staff onto its direct payroll.”

That was a reference to casino hotels owned by third-party investors, but where the gaming licence is supplied by one of the local concessionaires.

Presently, there are 18 operating satellite casinos in the city, with 14 of them currently tied to the gaming rights of concessionaire SJM Holdings

One satellite – the gaming operation at the Grand Emperor Hotel in downtown Macau – is to end casino business on June 26, said the hotel’s promoter Emperor Entertainment Hotel Ltd, in an April 1 filing in Hong Kong, citing the “gloomy outlook of the high-end gaming segment,” and protection of shareholder interests.

Hong Kong-listed Wynn Macau Ltd says it will inject nearly MOP4.80 billion (US$596.4 million) into Wynn Resorts (Macau) SA. That is in order to comply with Macau’s revised gaming law and the... END_OF_DOCUMENT_TOKEN_TO_BE_REPLACED