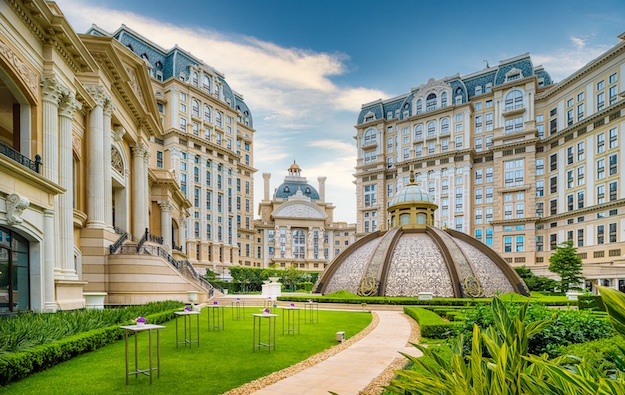 Moody’s Investors Service Inc says it has downgraded the corporate family rating of Macau casino operator SJM Holdings Ltd, as well as of its senior unsecured ratings on the bonds guaranteed by the firm. The downgrade reflected the firm’s “continued delay” in the execution of its refinancing plan, said the institution on a Thursday note.

The ratings agency said it had downgraded SJM Holdings’ corporate family rating to ‘Ba2’ from ‘Ba1’, and also downgraded the senior unsecured rating on notes issued by Champion Path Holdings Ltd and guaranteed by the casino firm to ‘Ba3’ rating, according to the note.

Moody’s ‘Ba’ rating indicates a ‘speculative grade’ of credit quality, according to the firm’s guide to its rankings.

According to the institution, SJM Holdings has been seeking to execute a new secured loan and revolver facilities of HKD19 billion (US$2.44 billion) to refinance its existing facilities, due on February 22, 2022.

The balance of the existing facilities stood at about HKD13 billion as at the end of 2021, said Moody’s. The execution of the new facilities remains “delayed due to pending regulatory approvals,” it added.

But Moody’s said it expected SJM Holdings to be able to extend the maturity of its existing loans in case of facing “further regulatory delay”.

“Moody’s expects SJM to be able to extend the maturity for one year, considering its quality assets in Macao … and its long-standing banking relationships. Moody’s also expects SJM to eventually obtain the necessary approvals to execute its new banking facilities,” the institution added.

“Based on these assumptions, Moody’s expects SJM’s adjusted debt to EBITDA [earnings before interest, taxation, depreciation and amortisation] to be around 4.0 times in 2023, which positions SJM more appropriately in the Ba2 rating category,” the institution wrote.

The Ba3 rating on Champion Path Holdings’ senior notes reflected that bank loans and subsidiary-level liabilities would “remain a significant portion” of SJM Holdings’ liability structure even after the refinancing exercise, and thus would have priority over the senior unsecured claims at the holding company in a default scenario, Moody’s noted.

The ratings remain on review for a further downgrade, the institution added.

“The review for downgrade reflects the fact that SJM’s refinancing risk will remain elevated until its near-term maturities are fully refinanced. A further downgrade is possible if SJM fails to secure long-term financing to address the maturities in a timely manner,” stated Mr Hwang in his remarks.

Macau recorded 965 “gaming-related” crimes in full-year 2022, down 29.7 percent on the 1,372 identified in the previous year, according to the latest statistics published on Tuesday by... END_OF_DOCUMENT_TOKEN_TO_BE_REPLACED