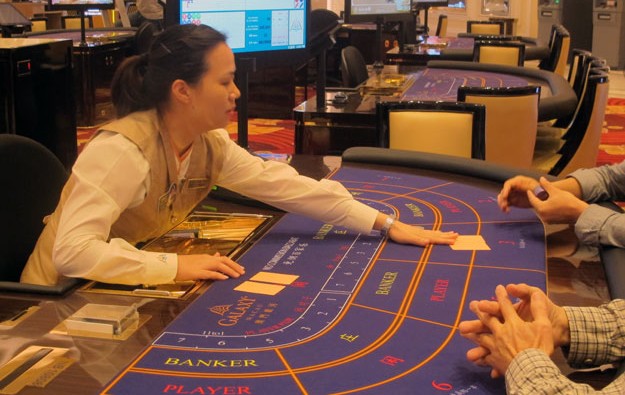 Japanese brokerage Nomura noted after meeting with senior Macau casino executives that it would be considered a “warning” to the industry if monthly casino revenue in the city dips much below MOP18 billion (US$2.25 billion).

But the institution’s analysts said in their commentary on Thursday, after a trip to the city, that none of the people they spoke to felt comfortable about proclaiming things won’t get any worse than they currently are. Macau’s May gross gaming revenue (GGR) tally stood at MOP20.3 billion, a year-on-year slide of 37.1 percent. April’s GGR dipped nearly 39 percent year-on-year to approximately MOP19.2 billion.

“There is a general lack of confidence, with casino concessionaires reluctant to predict where the market is heading, given the recent slowdown is largely policy driven,” said the Nomura team of Richard Huang and Stella Xing.

A senior Macau government official said in April that if monthly GGR goes below MOP18 billion, then the city would need to consider public spending cuts – although he added that spending on social welfare and public servants’ salaries would be maintained.

There does seem to be a consensus building among casino managers and investment analysts that the ‘good old days’ of 2013 are not coming back any time soon. In October that year – coinciding with China’s National Day holiday – a staggering MOP36.5 billion in GGR was generated by the city’s casinos.

Nomura stated in its Thursday note on its Macau trip: “We came back with an impression that the government was generally unconcerned by the slowdown due to its massive fiscal reserve (MOP246 billion as at end-2014) and the still-healthy labour market (1.7 percent unemployment rate in April 2015). Things are evolving quickly though, as there is a general consensus view among the local community, supported by public comments made by Lionel Leong (Secretary of Economy and Finance) on 29 April that it would be a warning if monthly GGR dips below MOP17 billion to MOP18 billion, as that would prompt the government to cut spending to avoid running into budget deficit.”

The brokerage said revisions to the city’s regulations on smoking in casinos were likely to be submitted to Macau’s Legislative Assembly in “July-August” and “should be a leading indicator to the government policy direction”. Public comments from senior officials have suggested the administration would push for a casino-wide ban on smoking – possibly including the removal of existing enclosed smoking lounges on mass-market floors.

“With the anti-graft campaign and increased difficulty in conducting large-sum cross-border transactions, there seems to be no recovery in sight for high-end gaming with some operators suggesting that there could be more VIP room closures to come,” stated Nomura.

Morgan Stanley Research analysts led by Praveen Choudhary said in an in-depth report on June 5 that the global market for VIP gambling shrank 42 percent year-on-year and 18 percent quarter-on-quarter during the three months to March 31. The deterioration was led by – but was not exclusive to – Macau, said the Morgan Stanley team. Macau’s high roller segment, contracted 46 percent year-on-year and 21 percent quarter-on-quarter, noted Morgan Stanley.

“Part of the VIP decline is structural in our view, as shown by decelerating growth rates across other markets. Singapore, [South] Korea and Las Vegas also fell in both year-on-year and quarter-on-quarter terms in the first quarter of 2015,” wrote the Morgan Stanley team.

Nomura said after its Macau field trip: “Casino operators are generally optimistic on the longer-term outlook as they believe new properties can stimulate incremental demand. That said, they are only expecting a slow-paced recovery as reduced reliance in VIP would mean a significantly lengthened ramp-up period for the new Cotai properties.”

The imminent return of package tours from mainland China will not only help boost Macau’s tourism businesses, but is also expected to help casinos gain more foot traffic in their mass gaming... END_OF_DOCUMENT_TOKEN_TO_BE_REPLACED