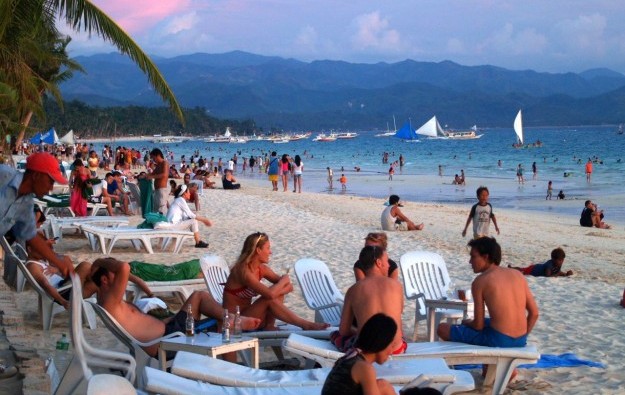 Short-term travel movements to and from the Philippines by Australian residents increased 11.6 percent year-on-year to 67,300 in the four months to April 30 indicate data compiled by the Australian Bureau of Statistics and reviewed by GGRAsia.

A recent report in The Australian newspaper suggested that the extra tourists could be beneficial for the new generation of casino resorts being built in the Philippines capital Manila.

According to research compiled independently by Monash University in the Australian state of Victoria and published at the end of May, the amount each Australian gambler spends on average domestically is up to three times higher than the spend of domestic gamblers in Canada or England in the United Kingdom. Australians’ gambling spend includes betting on poker machines in local parlours and on sports betting as well as casino wagering.

A report by consumer research firm Euromonitor International Ltd in September last year said that since 2012, outbound tourism by Australians has recovered strongly following a dip linked to the international crisis of 2008. It suggested the reason was “a combination of the high exchange value of the Australian dollar, the rapid expansion of low cost [air] carriers and strong growth in the number of older Australian couples whose adult children have left home.”

In April this year however, the Australian dollar softened against the U.S. dollar from a four-month high – partly on concerns over the Chinese economy, which has been a major positive factor in Australia’s commodities-led export boom.

And linkage between Australians’ domestic gambling spend, and the prospects for the Manila casinos if more Australians are visiting the Philippines is probably a stretch, Don Dioko, director, IFT Tourism Research Centre at the Institute for Tourism Studies in Macau, told GGRAsia

“I wouldn’t bank too much on that domestic gambling figure for Australians,” stated the Philippine national.

“After factoring out international airfares and accommodation and length of stay – which is a function of destination distance – very little will be left for gambling by mass-market travellers, although the situation would be different for high rollers.”

The Philippines’ President Benigno Aquino said in speech in March last year at the first phase opening of the US$1.2 billion Solaire Resort & Casino in Manila, that “the success of this project means attracting even more tourists to our country”.

The Philippine government has identified Solaire and the other gaming resorts being built in Entertainment City as a key driver of such foreign tourism and of receipts from inbound tourism spending.

“The Philippines has mounted an aggressive tourism marketing campaign since 2011 and it has made a lot of waves. As I understand it, Australia has been one of their market priorities,” explained Don Dioko.

“Most regional ‘career’ tourists made up of the well-heeled middle classes have already done repeated rounds of visits in the usual countries in Northeast and Southeast Asia, especially Thailand and Malaysia. It is only now I believe that they are turning their attention to the Philippines as an as yet ‘pristine’ destination,” said the academic. “The Philippines is also quite competitive in terms of value for money.”

But he adds that Australian outbound travellers are known for their fondness for beach resort and outdoor activity holidays in places such as Boracay (pictured) rather than indoor pursuits such as casino gambling.

“I don’t think that’s what the general outbound Aussie markets are looking for,” he explains. “Until Manila really is transformed and those casino properties integrated into what they [the authorities] promise as an ‘Entertainment City’ I’m doubtful that will be the focus for mass travellers from Australia visiting the Philippines,” he said.

“Even James Packer’s joint venture property [City of Dreams Manila, a tie-up between Melco Crown Entertainment and Belle Corp] openly says it is gearing up for the Chinese and North Asian markets – not really the Aussies.”

Thailand’s army staged a coup on May 22 this year, following more than six months of domestic strife including occasionally violent street protests in Bangkok.

“It might very well be that a few Australians are going to the Philippines instead of Thailand but I think the Thai crisis is not the dominant cause for that,” says Don Dioko.

“The ABS data might just be a coincidence and until we view the collective trends – i.e., not just looking at Philippines versus Thailand for outbound Australians – can we pinpoint the Thai crisis as the dominant cause,” the academic adds.

Most of Macau’s casino operators are likely to generate positive free cash flow in the first quarter, given the robust recovery level of mass-market gross gaming revenue (GGR) in January, relative... END_OF_DOCUMENT_TOKEN_TO_BE_REPLACED